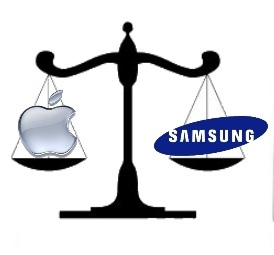 Its Apple Vs Samsung high time again as the duo are set for an appeal hearing on permanent injunction against Samsung set for August 9, reports FOSS Patents. Winning initial damages of $1.05 billion last summer, the Cupertino-giant lost its bid over sales ban on Samsung devices last December while Judge Koh decreased the damages amount by $450 million back in March.

The hearing of August 9 will take place before panel of judges, which will ultimately result in longer court proceedings. While this is one case, but on other front, Apple is fighting with Samsung over an upcoming US International Trade Commission iPhone and iPad ban which will set to take effect on August 5.