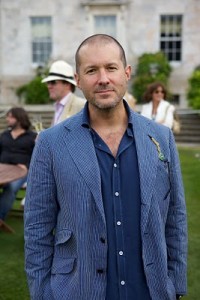 Apple’s senior VP of Industrial Design Sir Jonathan Ive, the British designer responsible for Apple’s iMac, iPod, iPhone and iPad has been knighted at Buckingham Palace. Sir Jonathan told the Daily Telegraph he was “the product of a very British design education”.

He said that, “even in high school, I was keenly aware of this remarkable tradition that the UK had of designing and making” in a rare interview, published in the paper on Wednesday. “It’s important to remember that Britain was the first country to industrialize, so I think there’s a strong argument to say this is where my profession was founded.”

“We try to develop products that seem somehow inevitable, that leave you with the sense that that’s the only possible solution that makes sense,” Sir Jonathan told the Telegraph. He was described by Steve Jobs as his “spiritual partner”, according to the late Apple co-founder’s biographer Walter Isaacson.