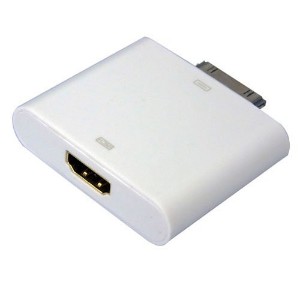 With the current news making the wave in the market, the Cupertino-based Apple may be planning on ditching its current iPad and iPhone dock connector this year, in favor of a smaller micro dock. The company used the 30-pin dock connector to install software updates on an iPhone or iPad until iOS 5 introduced over-the-air updates.

The switch to a different dock connector would put thousands of iDevice accessories out of commission, including the specialized charging devices and docks that are designed for 30-pin ports. This will likely result in anger for some, but Apple is not adverse to adopting new equipment when it is deemed necessary by the company, even when it goes against popular opinion.

Syncing and data transfer, including backups, music, movies, and other media, all car and other connections, even video-out dongles handled by 30-pin dock connector. Over the years it changed slightly, most significantly the change from FireWire to USB-only charging, but up until now it did all the heavy lifting. The dock connector as it exists now is a relatively huge component that takes up, while occupying not much space compared to the entire assembly as well as a lot of space compared difference to between mini and micro SIM.

Apple has waited on better, smaller chipsets, and won’t be going to a form-factor the size of the Galaxy Nexus or Nokia Lumia 900 any year soon, but every square millimeter they can save inside the device will better. When the iPhone 4 was released, iOS was not yet PC free. There was no iCloud, there was no AirPlay and there was no Bluetooth 4.0.e the device will matter.