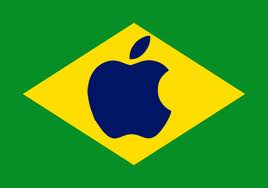 Oops! This might be what Apple feeling at the moment after losing the IP ruling in Brazil, means Apple does not have exclusive rights to use the “iPhone” trademark in the country, reports BBC although the Cupertino-giant has already filed an appeal against the decision with the regulators.

A local company name Gradiente Eletronica back in 2000 has registered the name, a total of seven years before the Apple. While Apple continue to sell iPhone-branded handsets in Brazil but over the top the decision means that Gradiente Eletronica has rights to sue Apple for exclusivity in Brazil.

The decision according to the Institute of Industrial Property (INPI) is applied only to handsets while the Apple having the exclusive rights to use the iPhone name elsewhere including on clothing, in software and across publications.