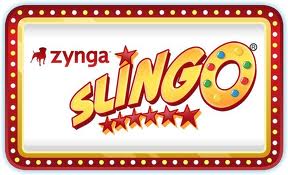 Gone are the days when Zynga ruled as the king of Facebook gaming. Today, when you ask about Zynga’s status on the social networking site, what you will find is news regarding its games losing their high ranking from various social game lists or its titles becoming extinct from Facebook.

At the start of August, the social gaming giant announced the closure of four of its OMGPOP titles on Facebook. Three weeks after, another prominent Zynga title had been pulled out from the social networking site.

Tech news website Inside Social Games reported on August 14 that Zynga “quietly announced the closure of Zynga Slingo on Facebook.” The game was officially no longer on Facebook on August 27. The studio better known for Texas Holdem, Mafia Wars, and Farmville launched the classic gambling game on February last year.

Zynga Slingo is a hybrid of slot machine and bingo. During the game, players need to click the “spin” icon and match numbers in order to fill a “slingo card”. The game’s top feature is its “Play Friends with Button” which allow players to compete with each other.

Zynga Slingo has a total of 3.5 million monthly active users, making it one of Zynga’s most used games. However, Zynga seems unimpressed with the statistics as it sold Slingo to Real Networks for US$ 15.6 million in July.

There’s no clear explanation yet why Zynga sold Slingo, given how profitable it has been since its launch. Many critics think that this has something to do with Zynga’s transition to real-money gaming industry. Late last year, the company completed a partnership with cheekybingo operator Bwin. Party Digital Entertainment for its real-money poker operations.

Although Slingo doesn’t offer cash prizes, many still think that this slot machine-bingo hybrid, which is another gambling variant, can block Zynga’s real-money gaming ambitions. Critics think that Zynga is walking away from the idea of offering two different gambling games at once. They believe that by letting go of Slingo, Zynga will be able to focus on its poker titles.

For those who can’t let go of Zynga, don’t fret as Real Networks assured the public that people will be able to play it again before the end of the year. The company even promised that it will “take Slingo to another level” in order to satisfy the game’s solid followers.