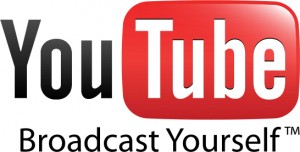 In the wake of recent attacks on American embassy in Libya where even a US ambassador and three others was killed, YouTube has censored a video name Innocence of Muslims in Egypt and Libya. The video is a short trailer of glaringly low budget film, depicts the Muslim prophet Muhammed in an offensive manner. Although, to note here, according to CNN, the attacks were not because of the video, but YouTube has decided to geographically censor the trailer, with spokesperson giving The Verge the following statement:

“We work hard to create a community everyone can enjoy and which also enables people to express different opinions. This can be a challenge because what’s OK in one country can be offensive elsewhere. This video—which is widely available on the Web—is clearly within our guidelines and so will stay on YouTube. However, given the very difficult situation in Libya and Egypt we have temporarily restricted access in both countries. Our hearts are with the families of the people murdered in Tuesday’s attack in Libya”.