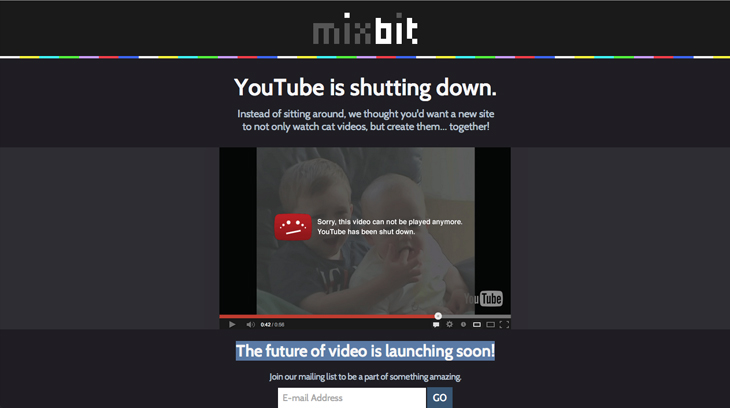 YouTube co-founder Chad Hurley unveiled today via its Twitter post that he soon to be launched a new collaborative online video platform, dubbed as MixBit although poking around that it is not going to be the direct competitor of YouTube. He described MixBit as, “a new site to not only watch cat videos, but create them… together!”

The tweet, spotted by The Verge, shares the service teaser page weblink along with a twitter account, saying, “The future of video is launching soon!” Although the details are as little as of now, but Hurley quoted in a report by Adweek saying the service is “primarily video based…and gives flexibility for people to work together and create content.”

Since @youtube is ending, we’re launching a new video site… Welcome to MixBit.com! @mixbitapp This time it’s not a contest!