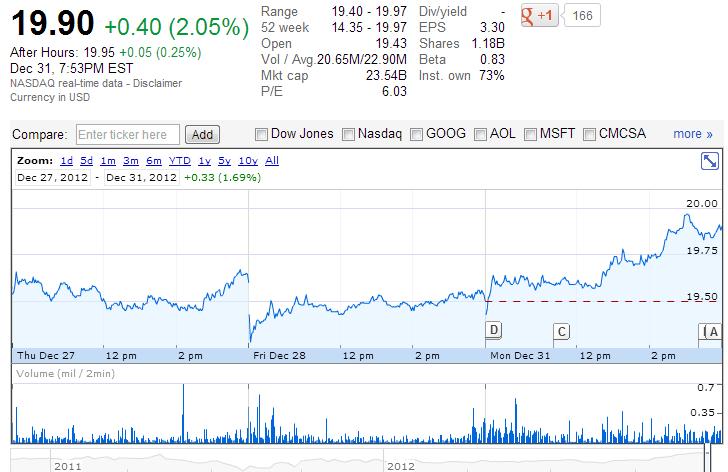 At least it’s time to cheer up for Yahoo after all as the year ended, the digital media company found its stock banging up high breaking all the records with hitting price which was not seen since August 2008. Yahoo saw the value of it’s per share at $19.97 in normal trading on December 31, 2012. Going back to 2008, the company saw a declined to a low under $10 from a high of $29.66.

Yesterday only Yahoo said its final bye to South Korea with putting up a notice on the company’s site providing detailed instructions on what services will be once it goes on dark. Like this one and more conditions, 2013 surely going to mark as one of major year for the company as it was in the past. With yesterday’s trading, the company market capitalization marked around the $23.4 billion mark.