We earlier reported that since from the time Yahoo’s CEO Scott Thompson was appointed for the role, faces a proxy shutdown with hedge fund Third Point. The proxy battle will determine whether Thompson or a slate of dissident directors nominated by Dan Loeb, the hedge fund’s founder gets to chart the company’s course. Loeb has been trying aggressively to name three additional new board members in order to replace directors that are leaving. Over on this, Yahoo said it had appointed three new directors, a move that is a direct strike back at activist shareholder Dan Loeb of Third Point and his alternate slate of directors. 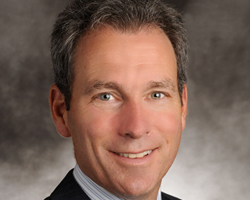 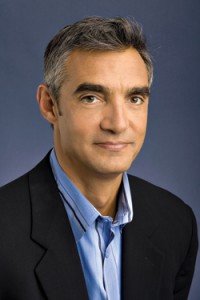 “Each of these individuals impressed the search committee with their demonstrable records of significant accomplishment at the highest levels of media, advertising and marketing, finance, including corporate finance and restructuring, and further insight into customers’ perspectives. Together, they bring a powerful mix of exactly the right ingredients to fuel Yahoo!’s forward momentum. Having thoroughly reviewed a broad range of highly qualified candidates and sought input from a number of major shareholders, the Committee enthusiastically recommended to the full Board the appointment of these three excellent directors,” said Patti Hart, chairman of the Board’s Nominating and Corporate Governance Committee, which conducted the search process.

The Nominating and Corporate Governance Committee conducted the search process in conjunction with a leading professional search firm and identified, interviewed and evaluated a wide range of candidates, including Third Point’s nominees. Following completion of the Committee’s evaluation process, the Committee and the Board determined that the group of candidates announced today were the best qualified, based particularly on their individual accomplishments and records of value creation in other positions with specific relevance to Yahoo!’s business and its opportunities.

At the same time, in view of Third Point’s significant ownership position and the qualifications of Harry Wilson, the Board concluded that it was appropriate to propose that Mr. Wilson and a second individual mutually acceptable to both Third Point and the Yahoo! Board of Directors, outside of the other Third Point nominees, join the Board in settlement of Third Point’s solicitation. In addition, the Board believed that there is value in avoiding the cost and distraction that inevitably accompanies a proxy fight, and determined that this proposal was in the best interest of all of its shareholders to avoid that expenditure of resources. Third Point founder and Chief Executive Officer Daniel Loeb rejected this proposal and declined to end Third Point’s solicitation with respect to its own four candidates unless he personally was appointed to the Board. Based on the Nominating and Corporate Governance Committee’s thorough review of a broad range of candidates and their qualifications, including Third Point’s nominees, the Board determined that other candidates were more qualified for the position. The Board remains open to hearing Third Point’s ideas and to working constructively with Third Point, but believes that appointing Mr. Loeb to the Board is not in the best interest of the Company and its shareholders.

The Board continues to believe that the Company needs to move quickly to implement change and improve its performance. The Yahoo! management team is moving with a sense of urgency to reshape and refocus the Company on its core strengths, with an emphasis on redeploying resources to the most productive areas and equipping the Company to invest in growth and innovation. As now constituted, the Board has a well-rounded combination of financial, media, advertising, marketing, operating and technology expertise necessary to bring the right leadership to build value for all Yahoo! shareholders.

Mr. Hayes, one of the nation’s most innovative marketing executives with an expertise in digital marketing, has served as Chief Marketing Officer at American Express since 2003, overseeing that company’s marketing strategies and product development, as well as its global marketing, market research and publishing organizations. Prior to that, he served for eight years as American Express Executive Vice President, Global Advertising and Brand Management, responsible for brand marketing worldwide. He began his career in the brand and advertising industry and, among his senior positions, he served as President of Lowe & Partners where he led that firm to unprecedented growth through the development of product position and global campaigns for several major corporate clients.

Mr. Liguori served as Chief Operating Officer of Discovery, the leading non-fiction media company in the world, through 2011. Prior to that, he served as Chairman and President of Entertainment for Fox Broadcasting Company. Previously, he was President and CEO of FX Networks, NewsCorp’s flagship entertainment cable network. He also served in a series of positions with Home Box Office, including as Vice President, Consumer Marketing where he had responsibility for marketing efforts supporting the HBO brand and HBO original movies. He began his career in the advertising industry, including positions at Saatchi & Saatchi, Compton and Ogilvy & Mather Advertising with clients such as Procter & Gamble and Unilever. He currently serves on the boards of The Topps Company, Inc. and MGM Studios.

Earlier this year, independent directors Alfred Amoroso and Maynard Webb were appointed to the Board. With today’s appointments, the Board has added a total of five new highly qualified independent directors this year. It is expected that the majority of directors will be new to the Board in 2012 following this year’s Annual Meeting of Stockholders, and that the entire Board will be new since January 2010. As previously announced, four directors volunteered not to stand for re-election at the next annual meeting, and an additional director resigned from the Board earlier this year.

Here is the response from Third Point:

Third Point, Yahoo! Inc’s (NASDAQ: YHOO) largest outside shareholder, is disappointed by today’s announcement by Roy Bostock, the Company’s lame duck outgoing Chairman, and its Board of Directors. Since we launched our campaign for a better Yahoo!, our goal has been clear: to fix a dysfunctional Board by adding new Directors who are truly independent and squarely aligned with shareholders to increase Yahoo!’s value.

Third Point offered several significant compromises to strike a deal and avoid a proxy contest. Today, the Board has shown yet again that they are unable to execute deals that are in the Company’s best interests. Sadly for shareholders – who will once more bear the costs – the consequence of the Board’s refusal to accept Third Point’s shareholder-friendly proposals will be a time-consuming and distracting proxy contest that the Company can ill-afford.

The Board’s decision today demonstrates once again that one of Yahoo!’s paramount principles of corporate governance is “Shareholders not welcome”. In the absence of independent shareholder oversight, the Yahoo! Boards of the past five years have given shareholders five CEOs and strategic plans in as many years and seriously damaged the value of the core business, a fact masked only by the increasing value of Yahoo’s Asian assets.

Since the Board has left us with no choice but to take our case directly to our fellow shareholders, Third Point intends to move forward with a proxy contest. Yahoo!’s shareholders deserve a voice and a choice. We intend to provide them with one at this year’s Annual Meeting.