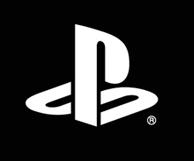 The future of PlayStation is here: Sony going to debut the next instalment of PlayStation on February 20th, according to The Wall Street Journal. The company not only unveiled the next PlayStation at the event, but in real will put the new video game console on sale later this year. Interesting to note is that as per the publication sources, both Sony’s next and Microsoft next game console instalment will compete with each other edge on edge.

Sony is planning to “incorporate more social gaming aspects into the new machine” focusing more on “changes in how users interact with the machine” rather than just spec improvements as everyone does. Although according to publication unnamed sources, the company planned to remove the optical drive, but it is still onboard.