Gartner today released its latest report saying that the worldwide IT spending is on pace to reach $3.6 trillion in 2012, a total of 3 percent rice from previous year. Gartner’s global IT spending forecast is based upon by more than 75 percent of the Global 500 companies. 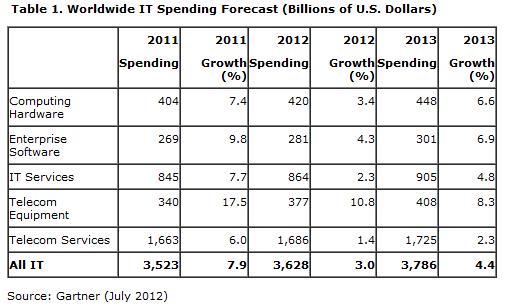 While the worldwide IT services spending to reach $864 billion in 2012, a 2.3 percent increase from 2011 whereas demand for consulting services expected to remain high due to the complexity of environments for global business and technology leaders.