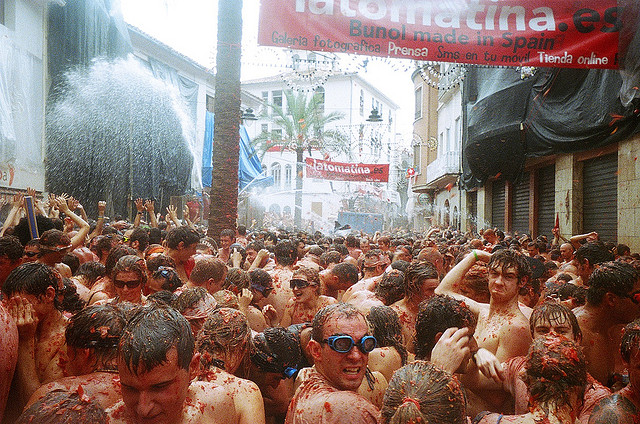 There’s nothing quite like a good party, no matter what time of year it is or the occasion. All over the world countries host festivals which entice millions of people from all walks of life, proving that anybody can enjoy a good shindig! We’ve put together a list of the World’s Greatest Festivals, to give you a helping hand in your quest to find the best knees up.

Today, Mardi Gras is one of the most famous festivals in the world, with images of colourful beads and large floats acting as the face for this electric carnival.

Although celebrated all over the world, Mardi Gras is most prominent in New Orleans, during which time the city comes alive with dancing, music and great food!

If you’re a fan of beer then you’ll love Oktoberfest! Held in Munich every year, Oktoberfest is a 16 day festival celebrating beer.

Oktoberfest came about in the early 1800s, when the citizens of Munich were invited to enjoy the festivities thrown in honour of the Crown Prince and Princess. Intended as a one-off, the festivities proved so popular with the people that they decided to throw another festival the year after, and gradually Oktoberfest was born.

Today the festival is very different from what it once was. Games, food and of course beer take the spotlight, with fair maidens dressed in lederhosen to entertain festival goers, too.

Celebrated in India, KumbhMela is a mass Hindu pilgrimage and is said to be the world’s largest peaceful gathering.

KumbhMela is considered to be the most popular festival in the world, with 100 million people having attended it in 2013.

During the pilgrimage, people journey to the Ganges to bathe; this is considered to be a spiritually cleansing act, which you are welcome to experience for yourself.

If there’s one country which knows how to party, it’s Brazil! Carnaval is an annual festival which takes place during the Friday to the Tuesday before Ash Wednesday. However, its religious connotations have somewhat diminished over the years, with the celebrations instead focusing on music and dance.

Rio de Janeiro’s Carnaval is perhaps best known, as its flamboyant festivities attract crowds from far and wide. Samba is the main theme of the Carnaval, with dancers and parades celebrating it, as well as food stands which serve some of Brazil’s traditional cuisine.

Taking place in the Valencian town of Bunol, La Tomantina is a celebration of the town’s patron saint.

The festival is renowned for its unusual activity – throwing tomatoes! Participants of the festival hurl tomatoes at one another purely for fun, dousing the streets in a striking Heinz ketchup colour. It’s a strange way to celebrate a patron saint, but an entertaining one nonetheless.