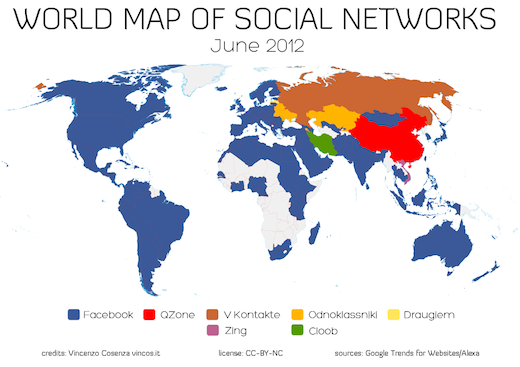 The traffic data examined by Cosenza, the social giant rules the world with 232 million users in Europe, while North America having 222 million and the Asia boasting 219 million users. Talking about others, VKontakte and Odnoklassniki remain on the top in Russian-speaking countries. Tencent’s QZone is on no.1 in China, Zing tops the chart in Vietnam, Iran loves Cloob and Latvia loves Drauglem.