Wikipedia, an online collaborative, multilingual Internet encyclopaedia, as we stated earlier, goes offline today for its English users to protest against the Stop Online Piracy Act (SOPA). The announcement was made yesterday by foundation’s co-founder Jimmy Wales through the series of tweets.

Wikipedia join the protest with other major websites, including the popular news sharing website, Reddit and Humor website, I Can Has Cheezeburger, who had earlier announced the January 18 as the black-out protest day. The protest against SOPA/PIPA is on its rise, gathering pace, organized by the different online advocacy groups.

Rupert Murdoch, News Corporation CEO tweets earlier against Google, mentioning it as an agent of pirates, and Obama over SOPA. Earlier, also in the weekend, Obama Administration announced that they would be removing the DNS blocking provisions from both the bills.

With this, we can say with the Wikipedia blackout, the protest against SOPA/PIPA is on 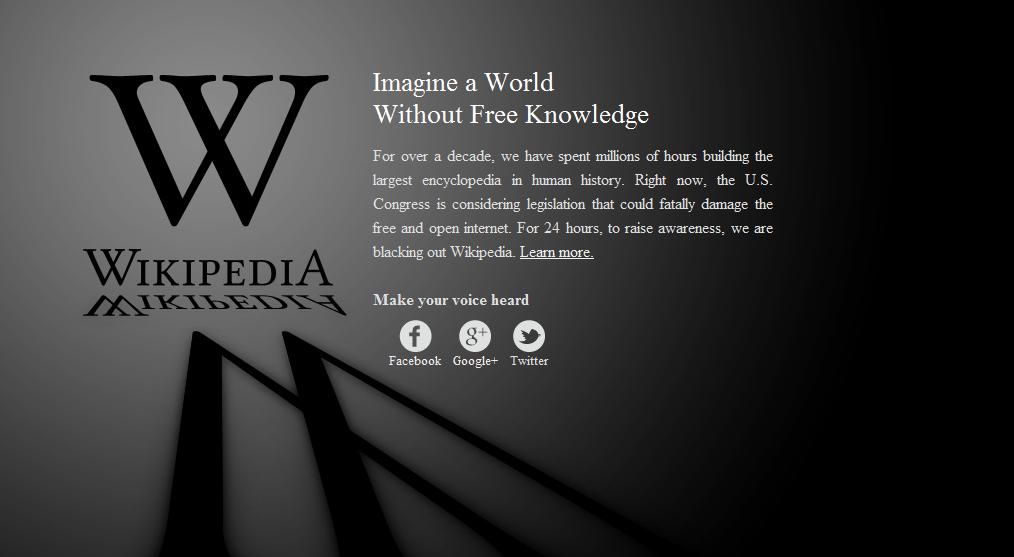