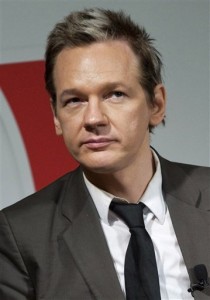 WikiLeaks announced this week that Julian Assange will be hosting a series of in-depth conversation with key political leaders, thinkers and revolutionaries from around the world. The series is tagged with the theme – the world tomorrow.

Assange, is one of the World’s most recognizable revolutionary figures is considering the stages as the subject of an ongoing Grand Jury investigation in the United States for over 500 days as of now. WikiLeaks, which is considered as the world’s boldest publisher, has been at the front line of this global movement for understanding and change.

Julian Assange says: “Through this series I will explore the possibilities for our future in conversations with those who are shaping it. Are we heading towards utopia, or dystopia and how we can set our paths? This is an exciting opportunity to discuss the vision of my guests in a new style of show that examines their philosophies and struggles in a deeper and clearer way than has been done before.”

Assange will draw together controversial voices from across the political spectrum – iconoclasts, visionaries and power insiders – each to offer a window on the world tomorrow and their ideas on how to secure a brighter future. The series will begin airing in mid-March, in ten weekly half-hour episodes.