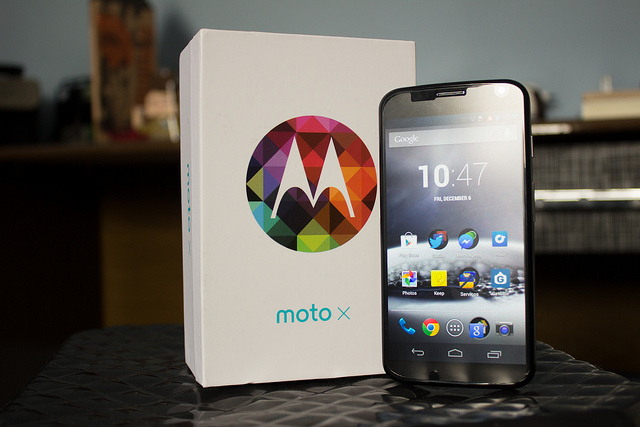 The ergonomically curved back of the Moto X makes it stand out among its peers. Its hold and feel is even superior to the HTC One, which is slimmer and more cumbersome to grip. A construction that is comprised mostly of plastic and Kevlar, gives this Motorola android phone a superior feel than almost all the other Android phones in the market. Adding to its looks is a circular notch along with the company’s symbol embedded into the Kevlar back of the phone. This latest Motorola mobile phone is also very easy to hold and fits into any hand size. Countless factors are responsible for this phone’s ascendancy of most of the other smart phones competing with it. Let’s hark upon some of these factors.

Incorporated with myriad new and exciting attributes, the Moto X is certainly leagues in front of plausibly all its stiffest competitors. Its user-friendly design and countless properties admirably make up for the screen’s display, which is somewhat less than the desired 1080p display. It even comes competent dual-core low power processors that do their bit to substitute the slight lack of power, due to the absence of a quad-core processor. All in all, the Moto X ensure that the user’s appetite for high-end functions and umpteen applications is more than satiated.

About the Author
Suraj Singh