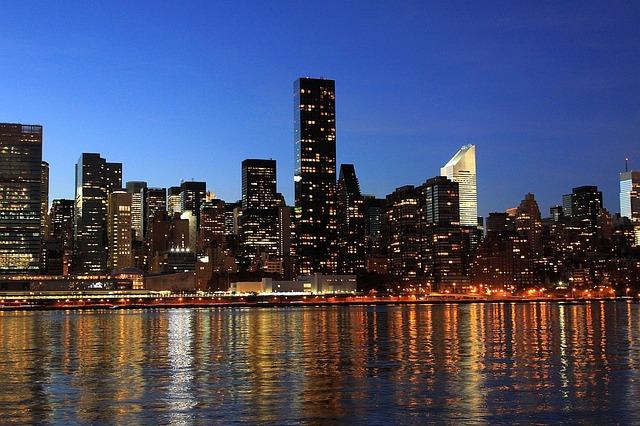 NEW YORK AS MOST POPULAR CITY IN THE UNITED STATES
-Fashion matters a lot in this city since it is full of popular, rich and influential individuals in the globe. This include: musicians, investors, famous athletes, movie stars, you name them.
-This celebrities maintain a high social status, thus a need to be trendy and classy. Ranging from the clothes they wear, shoes, jewelry, hair styles, the cars they drive etc.

NEW YORK CITY EXERTS A LOT OF IMPACT ON FASHION
-The city has been described as the cultural and financial capital of the world.

NEW YORK AS A CENTER OF ATTRACTION
-The city takes the lead in fashion and latest trends since a lot of foreigners come to the city to meet influential people such as great designers. They bring their creative ideas with them and thus the rebirth of genius iconic fashion designs.
-Foreigners are attracted by the empire state building, City Park, metropolitan museum of art, and the statue of liberty. This unique sites are very attractive and have helped in the growth of the city both economically and growth in fashion industry and other industries.

NEW YORK CITY, A HOME TO ALL.
-People from different ethnicity come and leave the city at all time. Some have unique taste in fashion this being as a result of their cultural backgrounds. They introduce new styles and designs thus adding to the fashion industry.

NEW YORK CITY AS A MENTOR TO OTHER NATIONS
-Forbes magazine has ranked New York as having the wealthiest and most influential people in the world.
-Many nations look up to New York City for the latest trends in fashion and other areas since the city has been noted to produce great fashionable and trendy designs.

NEW YORK CITY IS THE HOME OF MANY HIP HOP ARTISTS
-Many hip hop artists originate from New York thus a need to have different, new and unique trends both in the music and hip hop fashion

NEW YORK CITY HAS MOST OF THE WEALTHIEST PEOPLE IN THE GLOBE
-with wealth comes class thus this people only what is latest and trendy.

NEW YORK’S LARGE MARKET INDUSTRY
-There are a lot of companies and industries in this city all of them competing to control the market.
-Since there is high competition the companies are forced to be creative to produce unique and affordable products in the market.
-As result of competition a need to create something trendy and fashionable matters a lot.

NEW YORK CITY IS THE MOST POPULOUS URBAN AGGLOMERATION IN THE GLOBE
-People living in the urban areas are known to have or want something trendy and fashionable.
-The industries manufacturing products for people who live in this urban areas have to tailor their products according to their taste and preferences if they are to sell product.
-Nevertheless trends and fashion tend to change a lot in this urban areas because of influence mostly from the media industries, social networks such as twitter, Facebook and others.
-Majority of the population being of the youth who tend to influence the market a lot with their ever changing taste in fashion. The middle aged and the old although do not influence the market a lot also love a trendy and fashionable lifestyle.
-For those wanting to travel to New York should incorporate the use of ESTA.

About the Author
Victoria Andrea