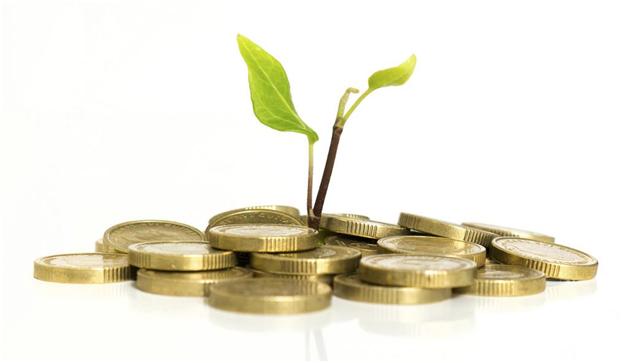 Investing, for some, is a hobby. For others, it is a way of life. No matter why it is that you invest, there is always a need to keep your finger on the pulse of what is making money. Well, that’s if you want to make some money, of course. So, below are just a few of the things that are set to be more bull than bear in the second half of 2017.

Investing in property and real estate is nothing new. But just because property is something that has seemingly always been invested in, it doesn’t mean you should stop doing it now. Real estate still represents the best investment opportunity because it offers you, the investor, a chance to make a difference on the outcome. Other forms of traditional investment, such as investing in natural resources, takes the outcome out of your hands. When you invest in something such as crude oil you can’t make a difference as to how much money you make back. It is in nature’s hand. But when you invest in a property, the investment you make is in your hands. You can make adjustments to the property so that potential tenants feel comfortable within it. You can make it stylish to appeal to them. And you can avoid investing in a property in the some of the most dangerous cities to reside in 2017 so that they feel safe. The point is, you can choose how much you want to get out of the investment. If you want to get a big ROI then you have to go the extra mile. And if you are content to just make a bit of extra cash, then you don’t have to go to such extents. It is for this reason that property always has been, and still is in 2017, a great area to invest in.

Shops aren’t just there for you to spend your money in them. They are also there to invest in. And invest in them you should. Despite the rapid growth of online marketplaces an e-commerce, there is still a real spot in the shopping world for high street shops and supermarkets. Why? Because people of an older generation, who have no desire to learn how to use the Internet, still want to shop. And where do they go when they want to shop? Well, they go to the shops, which means that shops still have a consumer base. The kind of shops you should be investing in, specifically, are cheap ones. You know the type, the no-frills type of shop that sells its produce for next to nothing. These types of shops will always have a consumer base simply because of what they offer and the prices they offer them for. The Card Factory in the UK, for instance, provides birthday cars for as little as under £1. And people are always going to having birthdays. And people are always going to want to get away with spending as little as they can on birthday cards. So investing in a shop like that is a no-brainer! Investing in shops is a clever move because revenue is expected to swing the way of e-commerce in the foreseeable future. So, instead of joining the crowd and flocking to invest in e-commerce, why not take a punt at investing in shops in the physical realm?

But it’s not all about investing in the physical realm. You have to invest in the world of the Internet too. If you do a lot of business online, chances are you will know all about SEO. If you don’t, and you only use the Internet as a consumer, then you might not. Basically SEO (search engine optimisation) is the process of a website being made visible on search engines such as Google. Businesses use it in order to promote their website and ensure their consumers are able to see it. Also, bloggers also use it to their advantage in order to connect their page to their target audience easily. And seeing as though businesses are never going to go out of business, and blogging is a now a big business, now is the time when you should be investing in SEO. Specifically, you should be investing in companies that deal with providing SEO. You should be doing so because they are the ones that facility this all important custom of modern day business. You should be doing so because the Internet is seemingly never going to cease, therefore people searching on it is never going to cease either. And you should be doing so because SEO is still, relatively, in its formative years. Therefore, 2017 is definitely the year to be investing in SEO.

Now, this may seem a bit far-fetched and too futuristic to be genuine, but artificial intelligence is something you should definitely consider investing in in 2017. More to the point, you should be investing in companies that have began to provide it. A notable company of which is Amazon. This giant online marketplace has, of late, began to experiment in AI. In fact, it has gone further than just experimenting. It has released the Amazon Echo, a smart speaker device that helps consumers in all sorts of ways. It is capable of a whole host of things, from music playback to providing real time information — all of which is achieved through voice interaction. And the Echo has proved to be a big hit with consumers since its inception in 2016. This shows that the consumer market for artificial intelligence is burgeoning. And now is a good as time as there probably ever will be to invest in it.

TDP is a little less high-tech than AI, but it is still a modern day technology that you should be investing in. This is because of the change in the payment market that is now coming into full fruition. Since their inception, the likes of debit cards and credit cards have  been a way people have paid. But now, they are beginning to become the way people are paying. Today, technology driven payment is the preferred way of paying. Tomorrow, it could be the only way people pay. That is why you should be seriously considering investing in it as soon as possible. In fact, 2017 may just be the last year in which you could invest in this technology and make a profit from it. Next year, it could be invested in so heavily that it would be futile to invest in it for the first time.

So, there you have it. If you are interested in becoming an investor today, then make sure to consider some of the areas above when it comes to choosing what you invest in. If you want to play it safe and go for the traditional route of real estate investment, then go for it. If you want to be a bit more doing and invest in something of the future, such as artificial intelligence, then go for that. No matter what route you take, however, you should always follow the golden rule of investing. And the golden rule is to invest within your own means. You should never invest in something if you haven’t got the funds to do so. And you should never invest in something you don’t have knowhow in beforehand. A top tip when it comes to investing is to always set yourself limits and to never exceed them. If you do exceed them, then investing may end up to being more trouble than it is worth for you.