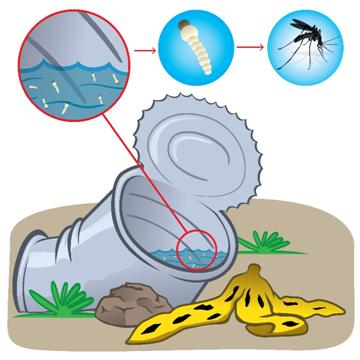 The main causes of waterborne diseases are poor sanitation and limited access to clean water for daily consumption. While the highest number of cases are reported from the States of Odisha, West Bengal, Andhra Pradesh, and North East of India, an increasing number of cases are being reported from cities like Delhi and Chandigarh as well, that have access to treated water supply sources.

Cholera, Diarrhoea, Malaria, Typhoid, and Filariasis are some examples of water-borne diseases that is highly prevalent in the remote areas as well as several main cities in the country. While associated physical symptoms like fever, diarrhoea, vomiting, breathless, weight loss, etc. may be the most visible outcome of these diseases, there is an underlying economic implication that also needs to be addressed.

In many ways than one, water-borne diseases not only leads to the death of children below the age of 5 but also causes immense financial loss to the patient’s family and burdens the health and economic infrastructure of the nation. Therefore, it’s not an exaggeration to state that these diseases are indeed crippling and curtailing the future of India.

The WHO suggests that an overwhelming number of diseases and costs can be reduced through the process of water purification and effective water treatment, in the following three ways –

Access to clean water in millions of households across urban and rural India will protect families to fall into the abyss of poverty, promote economic development as well as pave the way for a healthier workforce.

So, what steps need to be taken to ensure that? To begin with, greater public awareness is the key to long-term solution to this problem. People, especially those residing in rural India should be taught on how to conduct water purification at home in an economic and sustainable way. Rectifying the sewage system of the cities which is primarily responsible for contaminating safe water sources will also assist in limiting the instances of such diseases.

However, the most important parameter is behavioural change, the emphasis on the need to consume safe drinking water. Households across cities in India must install water purification devices such as the Kent Ro water purifier system. These are advanced appliances built with superior technology that retains natural nutrients while dispensing harmful impurities from the water.

Besides, these preventive measures at the personal level, municipal functionaries must also be equipped with better facilities and adequate manpower to conduct mass treatment of various natural water sources. Industrial waste management is yet another area that required careful management.  Therefore, it’s amply clear that the future and growth of India is dependent on clean and adequate water supply.