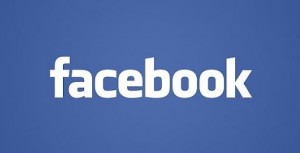 You and we, we all believe, even know pretty well that we are living in social and tech world, where everything starts and end with technology. In the same context, interesting news from AP News, which has reported that Washington with other 12 states in the nation will early to offer vote through Facebook facility (Surprised, well not to be). This means that many users on Facebook can now by giving access to their personal information like their account, profile, sharing and liking can vote.

According to Shane Hamin, the state’s co-director of elections,Ars Technica “Your information iscoming to us from Facebook but you can do that without leaving Facebook,” he added. “Your name and date of birth are pulled from Facebook profile, and then it operates exactly as it does if you’re not in Facebook. Our state database checks to see if you’re already registered. If you are, it will take you to MyVote service, [where] you can update registration information. You also need a Washington state ID or driver’s license. We do another real-time check to match that this is a real person who is registering.”

“Facebook has millions of users, and a lot of users in Washington state—half of all Facebook members log on every day and It saves the county $0.50 to $2 per registration and saves the state $0.25 per registration, as of 2009,” he noted. “If this works as we expect, Facebook and Microsoft will be more than happy to work with any other state that has online registration,.” said Facebook spokesman Andrew Noyes. “We are excited that citizens in Washington state will be able to register to vote and review useful voting information on Facebook.”