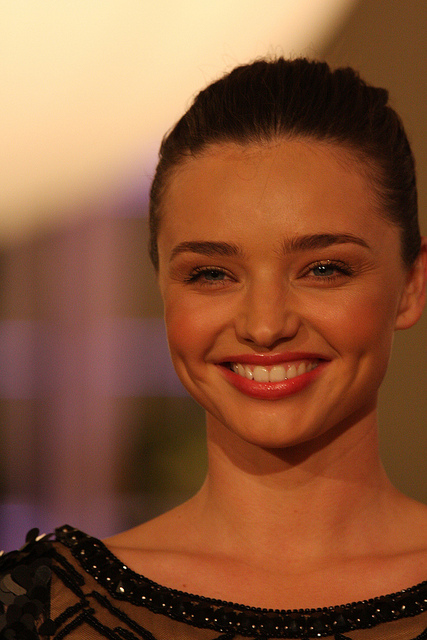 Any ideas on who will be the Victoria Secret Angels this December fashion show?

Before it airs on TV, I’m sure you already have favorites like the classic Giselle Bundchen or the latest Doutzen Kroes. No matter who it is, we cannot call them angels for no reasons. Without further ado, here are the top 10 models we hope to wear fitting, sexy, and stunning lingerie next month.

She first appeared in Victoria’s Secret catalog when she was 16. It happened even though it’s against the 18-year-old company’s policy. Other companies like Ralph Lauren, Versace, and Valentino took her for modeling too. Hopefully, the stunning brunette Brazilian model will walk on stage this year.

This 28-year-old model and actress still has what it takes to wear lingerie even after marriage. She first appeared in catalog in 2004 and she was super hot. She was also voted as #50 in UK’s FHM 2010 magazine. We are not sure if she will bring her lingerie next month but we like to see her hot body and angelic face once more.

Born in 1981, this Brazilian model became the first spokesmodel of the fashion company known as PINK. She got the 51st spot in Maxim’s top 100 and the 2nd spot in AskMen’s 99 desirable women. We know that this Italian / Polish model will walk on stage again this December.

She was 14 when an agent discovered her in a fashion mall. Her deal with Victoria’s Secret was the biggest in the fashion industry. She gained big contracts from other fashion companies as well like Louis Vuitton, Dolce & Gabbana, and Vivo. She’s #1 in Maxim’s 2006 model citizens, #14 in AskMen’s 2007 Most Desirable Women, and #3 in British Glamour’s sexiest women.

She began her Victoria’s Secret career in 2006 and was officially recognized as an “Angel” in 2009. She has blue eyes, full lips, and blonde hair that will stun you if she ever walks on that stage again this year. She got the #1 spot in Maxim’s 2011 Hottest Women and another #1 spot in FHM’s 2011 Sexiest Women.

She’s a college student when an agent discovered her in San Diego, California. Her modeling career reached its peak after her first appearance as one of Victoria Secret Angels of 2007. Today, she’s the new face of the company’s bra line known as “Gorgeous”. Some fashion companies who took her too are Lacoste, Valentino, and Gucci.

She began her modeling career after moving in New York when she was 16. After which, she began her appearance in Victoria’s Secret shows, listing her name to the company’s perfect 10. She took the #8 spot in 2010 issue of FHM UK and #14 in the following year. Her tall stature will awe you if she ever joins the Angels this year.

She started her catalog appearance in 2009 and continued until 2011. Her blonde hair and blue eyes captivated lots of audiences. She was the first South-African model who joined the Angels and was discovered by a scout when she was still 16 years old. She’s #20 in AskMen’s 2011 Most Desirable Women and #11 in this year’s issue.

She’s young, she’s beautiful, and she’s hot – Kate is an equestrian champion who can turn your world upside down. Our Victoria’s Secret casting directors immediately took her on stage with the best lingerie in store. She’s #2 on AskMen 2012 Most Desirable Women and her name was Yahoo!’s 2012 most searched. She will surely appear on that stage again next month.

Miranda is an angel with both beauty and brain. She first appeared in Victoria’s Fashion Show in 2007 and was the first Australian model of the catalog. Her dimples give her the most angelic looks we can get from our models. Let’s hope that she goes up on that stage this year.

Are you already excited for December? If we forgot to mention your favorite Victoria Secret Angels, then please post their names below and tell us what you love the most about them.

About the Author
Jho Del