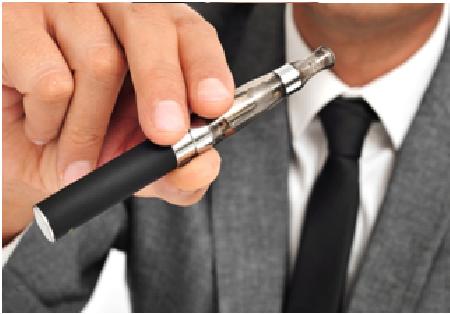 What starts off as something you just do with friends soon becomes a habit that you cannot get rid of. I’m sure your story must have a very similar beginning–“a fun evening with my friends”, or “something we thought we could try” or “smoking and holding a cigarette looked so cool”, we all have very similar beginnings and the journey later also finds similar grounds. But soon you realise that all that smoke really gets you down and before you realise it, you don’t have full control on letting this habit go, and that is when things really start getting serious. Many a times smokers are stuck in a situation that is rather difficult to get out of. In theory you can tell everyone, and yourself, that you can quit – cold turkey, but only you know how dependent you are on those slender cylinders of smoke.

If you have recently thought of getting rid of this habit you would have noticed that it is more difficult that it seems. Nicotine addiction is no casual matter and should be taken very seriously. Although there are lots of options out there- nicotine patches, e cigarettes etc. they can do very little to help you through the process. Many a times lapses occur and all the hard work can go down the drain.

But don’t worry, even though the challenges are tough, there is still a way to get yourself off the cigarette wagon, and that is with vaping the Arizer Air II vaporizer.

One of the more obvious reasons to stop smoking a switch to vaping is the harmful chemicals that you are putting into your body. Smoking basically burns tobacco releasing nicotine and a whole list of harmful chemicals, carcinogens into your system- things like arsenic, hydrogen cyanide Carbon monoxide, just to name a few.

Vaping on the other hand is a more controlled process of releasing the nicotine in your system without the other harmful chemicals that are released because of the burning. Chemicals like Propylene Glycol, vegetable glycerol, acetaldehyde, nitrosamines are a few chemicals that get into your system.

The studies to support it

Lots of criticssay that the health benefits of vaping may be over rated but a recent study published this year by the NHS, says that there might actually be long term benefits from vaping that actually prove it to be a safer indulgence than smoking.  In this study, researchers studied, 181 smokers or ex smokers who volunteered to use Vaping devices such as the MIQRO vaporizer, comparing them to current smokers who were still using cigarettes. The study is said to be the first of its kind to co relate vaping and its benefits in the real world among real smokers, providing enough and more evidence to show that Vaping is in fact safer than smoking tobacco.

The cost of a cigarette may not be much, a pack of 20 may cost you anywhere between $10 to $25 depending on the quality and brand of your smokes. The number of cigarettes you smoke depends on how frequently you crave for them,  accordingly increasing your cost to upwards of $40 a week costing you approximately $160 a month and $1920 every year. Vaping devices is pricier than a cigarette pack of 20, costing you $50 for a device, but this is a onetime investment, after which all you have to purchase is the vaping juice which will cost you about $15 per bottle (which is quite a bit), costing you $60 per month and $720 per year.

It is clear from the above calculations that vaping is any day cheaper than cigarettes, and that excludes the health related costs that you will incur with chronic smoking.