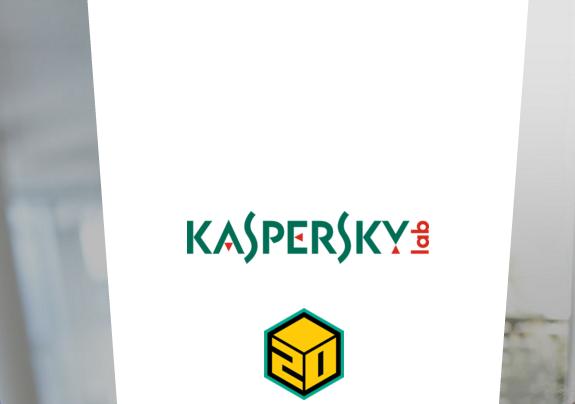 A lot has been happening since the media frenzy surrounding the famous Kaspersky labs, the world’s leading cyber security firm. Kaspersky, a Moscow based computer security firm has recently come under fire by the US home line security.

The Kaspersky software is one of the most popular cyber security software in the world and is used by over 400 million people worldwide, which also includes top officials from the American government agencies.

Kaspersky was hacked in 2015 by an Israeli security agency that provided crucial evidence that has led to the company being banned from providing any service to the US government, the Guardian reports. Amidst all these allegations the brand name has taken a beating and is working hard to regain and maintain company faith among the public.

A New York Times report stated that the software was used by Russian spies as a tool to spy on American spies. The information was what ultimately led the US government to take the decision of putting an end to the use of Kaspersky cyber security software all across the federal government.

This convolution gets further embroiled, because of the tense relation shared between the Israeli security community and Kaspersky Labs, dating back to the company’s research on Stuxnet. This special kind of malware was specially designed by US and Israel to sabotage Iran’s nuclear industry.

However what has been overlooked is that whether or not Kaspersky was aware of, or even willing to be a participant in this Russian espionage. According to the Guardian, the Russian government is known to keep a tight control on technology operating both within and outside its borders. In 2017 the Russian government demanded source code to certain software imported to look for malware or ‘backdoors’ inserted by foreign intelligence agencies.  It is believed that the Russian security agency scans source codes for potential loop holes that can be used to hack into their systems.

With so many twists and turns in the story, the cyber world security experts stand divided over the involvement of the Kaspersky Lab’s software, and are unclear about how it was compromised. According to CNET “all reports are based on word of anonymous sources and there aren’t any technical details available.”

What Kaspersky has to say?

In response to the allegation, company founder, Eugene Kaspersky said that the allegations were “without evidence”. He also criticised the “steady stream of media leaks”which “seem designed to damage our reputation without providing us with any real opportunity to address any concerns”.

Kaspersky has denied all allegations of helping the Russian or any other government or engaging in espionage and is caught in the midst of the geopolitical spat between Moscow and Washington after the allegations of Russian hackers interfering in the latest US elections.

It is also important to note that Kaspersky has detected many threats along the years, these include and are not restricted to nation – state sponsored malware, regardless of its origin and purpose. Kaspersky also actively tracks more than 100 advanced persistent threats, actors and operations and has been doing so for over 20 years.

In an attempt to re-establish company faith, Eugene Kaspersky has launched a “Global Transparency initiative”, saying “we have nothing to hide and to show how we’re completely open and transparent. With these actions we will be able to overcome mistrust and support our commitment to protecting people in any country on the planet.”

Kaspersky has also launched an internal investigation to see if the company has been hacked. According to the Kaspersky’s blog the ‘transparency initiative’ will be carried out by an independent third party that will review the software, including its source code, update code and threat detection rules. The transparency check centres will open in 2018 and then in 2020 across Asia, Europe and US.

The company also said that it is willing to award independent security researchers to find vulnerability and loop holes in its system and product, awarding a sum of up to $100 K per discovery.

Eugene also added that Kaspersky lab has strengthened its partnership with Interpol to ‘fight cyber crimes even more effective. “