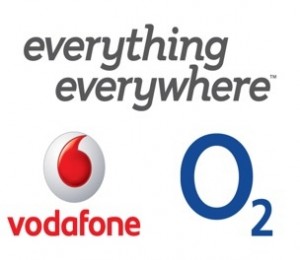 With UK’s EE all set to launch 4G services in 10 cities, including London, Birmingham, Cardiff, and Bristol, with as planned will expand to 16 cities, or a third of the UK’s population by the end of the year. Ofcom is reporting that UK’s four biggest mobile operators, EE, Telefónica O2, Three and Vodafone has formed a joint venture in order to speed up 4G rollout. The new company formed called as Digital Mobile Spectrum Limited, originally called MitCo, and appointed Andrew Pinder as interim chairman.

Ofcom chief executive Ed Richards said: “This is further evidence of the progress that is being made by the industry, guided by Ofcom, to deliver 4G mobile services across the UK. The 4G auction is already on track to begin at the end of the year and the creation of Digital Mobile Spectrum Limited ahead of time represents yet another step towards bringing consumers early access to the next generation of mobile broadband services.”

Andrew Pinder, who has been appointed to act as interim chairman of Digital Mobile Spectrum Limited said: “This is an excellent response by all mobile operators to the Minister’s challenge to set up this company as quickly as possible. It represents a real milestone and I will continue to work with all of the mobile operators and other stakeholders to get plans in place for the rapid launch of 4G services on the spectrum to be auctioned next year.”