According to multiple reports, the world’s largest micro-blogging site Twitter will be about to hit the 500 million users mark by next Wednesday – the 500 million users claim is being made by Twopcharts, the one which makes a set of tools for searching Twitter and tracking usage based on location.

Twopcharts in January estimated that Twitter would break through the half a billion mark sometime around 25th of February – but with the current estimation, it looks like it will happen 3 days sooner, by this Wednesday the 22nd – even a graph has also been plotted to determine Twitter’s exact number of registered users over time, dynamically.

How the calculation was made?

The estimate was made in such a way that it accounts the number of estimated registered Twitter users based on assumptions that somehow rely on the correlation between observed registration dates and the publicly available numerical Twitter account IDs – but wait even after the estimation, Twopcharts itself warn you that their estimated as based on only “limited” information and interpretations may or may not be accurate. 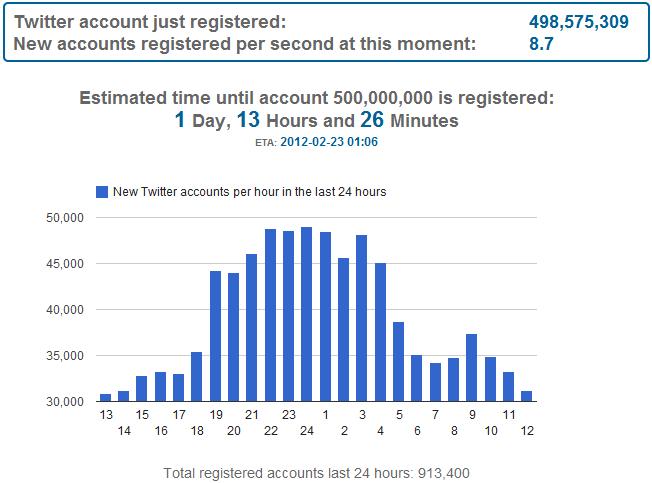