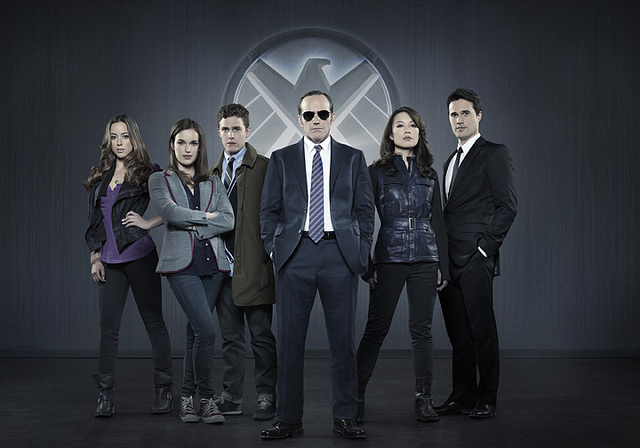 With so many networks to choose from, it can be a bit perplexing to wrap your mind around a complete year of new TV shows all at once. It’s a daunting task to figure out which shows are worth your time.

You have series starring aging actors returning to the small-screen, such as Robin Williams, who hasn’t appeared in a television series since “Mork and Mindy.” His program, “The Crazy Ones,” has plenty of competition, since there are comedies galore. Including Michael J Fox’s return to T.V., which after the first week has proven to be a hit machine. Make sure you find some killer cable TV deals as this fall seems to look very promising for comedy and drama enthusiasts.

Some reviewers compare the new shows with returning series such as “Person of Interest” and The Big Bang Theory.” And there are the usual TV critics lamenting the same jargon each year that “the new season looks like another explosion of misfires, copy-cat attempts at dying trends, and asinine executive decisions.”

Many feel cable takes a beating due to the lack of new series in the fall, and network television is not far behind. Nonetheless, there is no need to be discouraged for long. Here are five shows that prove there is still life in TV land.

This ABC drama—an offshoot of the Marvel Comics universe—features Clark Gregg as Agent Phil Coulson who assembles a team investigating the increasing number of humans with superpowers.

A cop who goes against the rules, Andy Samberg, clashes with a new captain Andre Braugher. This workplace/cop comedy show is from the creator behind “Parks and Recreation.” This new Fox sitcom is full of clever jokes with a compellingly funny cast.

The theme may be as old as the hills, but Jonathan Rhys Meyers, masquerading as an American entrepreneur, is far different from the fearful, menacing bloodsuckers you normally see. NBC’s “Dracula” commemorates the horrifying tale of vampires in the world of high society. It comes on late at night, which adds to its spook appeal.

History lovers had better be on their toes. The “Reign” incorporates a superb cast with a fantastic soundtrack. This series is a reduplication of the Mary, Queen of Scots narrative with a splash of the supernatural. Charged by obligations and desires, the ever revolving rapport between half-brothers Francis; Toby Regbo, and Sebastian; Torrence Coombs, and Mary; Adelaide Kane, will keep you captivated. And that’s only the beginning!

James Spader brilliantly plays a criminal mastermind named Raymond “Red” Reddington, who gives in to the FBI to make a deal. Yet, he will only cooperate with FBI agent Elizabeth Keen, played by Megan Boone, who seems to be more practical and uptight than inexperienced and nervous. Think “The Silence of the Lambs,” made for TV. There’s plenty of action and drama to keep you entertained.

Here are a few additional new shows to chat about at the office break room or follow on Twitter trending topics:

Ironside: A recap of the old hit series from the ’60s about a wheelchair-bound detective, Blair Underwood, originally played by Raymond Burr.

Mom: This one stars Anna Faris as a single mom starting her life over while her demanding mother moves back into town and makes her life difficult.

Dads: A comedy created by Seth MacFarlane about two successful video game developers whose fathers move in with them. The comedy has already been under the critic’s eye for its offbeat humor.

Michael J. Fox Show: The former star of the hit series “Family Ties” plays a man returning to work after being diagnosed with Parkinson’s disease.

About the Author
Nichole Fabbro

Nichole is a freelance blogger who writes guest posts for a variety of different blogs and niches. Her main interests are technology, marketing, health, education, business and careers.