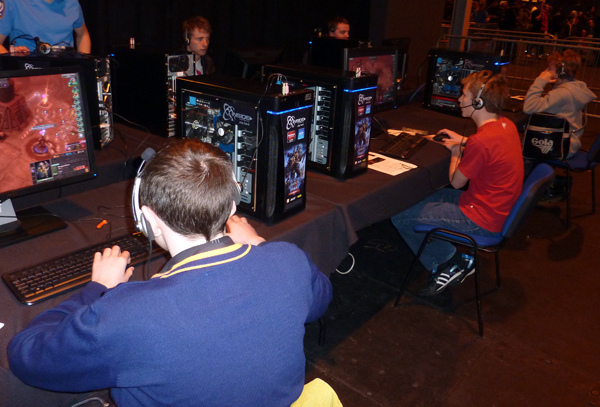 Hardcore games will know that gaming PCs require a lot of power and high end hardware. Most of these PCs are bulky and loud and have heating issues. Since every game has a different requirement, building your own PC according to your needs can be a good idea. For example, if the games you play do not require a great deal of graphical processing power; you can use a lower GPU which will be more energy efficient and still deliver the same performance. There are ways to build an energy efficient and quiet gaming PC, at a good price and in this article we are going to tell you how.

A video card is the most important component of any gaming PC and is also the one to consume the highest amount of energy. The energy consumed by the graphic card is so high that a high-end card can almost double the overall power consumption of your PC. Graphic cards are also responsible for generating a huge amount of heat and noise. Thus, before finalizing on a graphic card, make sure you do proper research about which games you want to play on your PC.

Most games don’t require a fancy video card line like sonicgames365 and you can get the same performance with a slightly lower end video card. To figure out which card is best for you, you can visit Anandtech’s GPU Bench . Try not to choose a card which is overkill compared to the games you wish to play. It will just suck in more power without giving any boost to actual game performance. If energy efficiency is high only your priority list, you can go for NVidia’s Kepler architecture based cards, which use remarkably lesser power to function. You can also use tools like RivaTuner to under clock your graphics card to save power.

The CPU is another power hog, and at the same time, the single most important component of your PC. While choosing between Intel and AMD processors keep in mind that all Intel processors are way more energy efficient than their AMD counterparts. So you should always go for Intel if you can afford it. Dual core processors are more efficient than quad-core processors, but if you are building a gaming PC, it is always better to have as much processing power as possible, even though it will consume more energy. Overclocking a processor is not good for energy efficiency; however you can undervolt it to maintain the same performance while using lower power. Underclocking the processor will reduce both performance and power draw of the processor.

Next in line is the power supply, which is responsible for converting the power from the wall socket into power that is used by the computer. Buying a good quality power supply is crucial because it will minimize the loss of energy as heat, and hence save a lot of energy. This will also make the computer quieter, because it won’t need frequent cooling and the PC fans will run at a lower speed. Power supplies such as Seasonic SS-460FL  is a good product which eliminates the need of a fan completely.

While buying RAM, there are low power options that can be considered. Although RAM modules don’t consume too much power, they can add to the overall power draw if the PC is used for a long time. Kingston’s 8GB HyperX LoVo  series is recommended. You can also modify game settings to conserve power, by reducing the frame rate of the game. V-Sync can also reduce overall power consumption by capping the frame rate at a maximum value to avoid frame tearing.

About the Author
William Taylor

William Taylor is a lifelong gamer who loves to play latest and craziest games. Apart he is a Technical Writer, who has contributed hundreds of quality posts at various sites, he also owns gaming sites. His articles are generally appreciated by the readers.