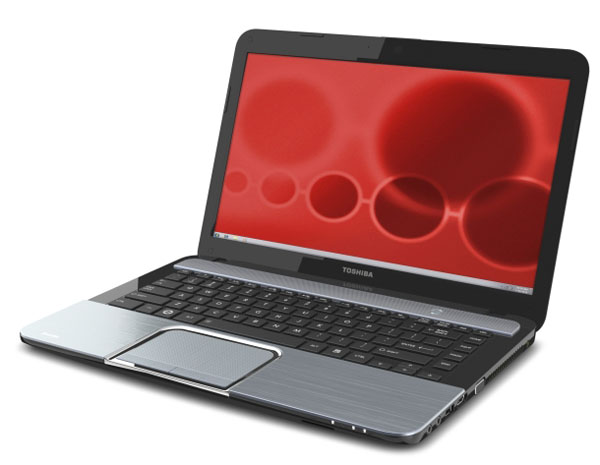 Toshiba has updated its laptop lineup and given options for Intel Ivy Bridge processors almost across the board. The lineup is the Satellite P800 series, which puts an Nvidia GeForce 630M GPU, Blu-ray drive, and Harman Kardon speakers inside a sleek aluminum body with an Ivy Bridge processor. The S800 series is the next step down, with a choice between Ivy Bridge and AMD processors, options for a Blu-ray drive and ATI graphics card, and a blue brushed aluminum case. Both the P800 and S800 series laptops come in 14-inch, 15.6-inch, and 17.3-inch screen varieties, and will be available from the start of Q3 2012. The P800 range starts at $799.99, and the S800 series will go for $699.99 in its base configuration.

Finally, we have two new gaming laptops, the Qosmio X875 and X875 3D. These both feature Ivy Bridge processors, 3GB Nvidia GeForce GTX 670M GPUs, Harman Kardon speakers, an HDMI port, a Blu-ray drive, four USB ports, and 17.3-inch displays, which is a 1600 x 900 unit on the X875 and a 3D-ready 1080p display on the X875 3D. Both laptops come in Toshiba’s new “Black Widow” styling, with a diamond texture and the almost obligatory (for a gaming machine) glowing red LED logo. They’re both going on sale from June 24th, and you’ll be paying anywhere from $1,299 to $2,499 depending on your options.