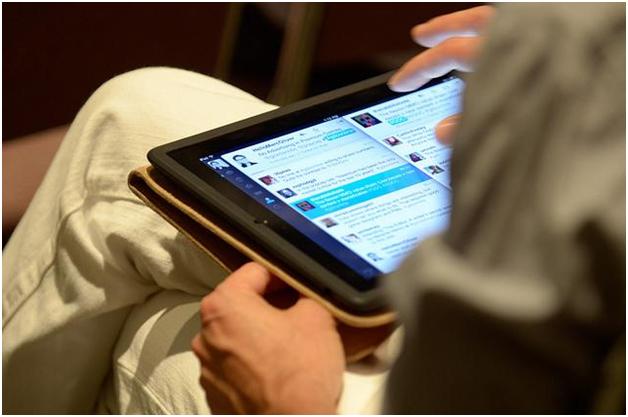 Ever since the iPad graced us with its presence, a vast array of devices, including Android tablets, have taken their turn in the spotlight. There are quite a few reasons why you might consider buying such a device; tablets are sized perfectly for travel, they do well as e-readers, and then there’s the convenience of having something that is less hefty than a laptop, and yet more useful than a smartphone.

Whatever your reasons may be for purchasing a quality tablet, it’s worth it to do your research beforehand. So what are the best tablets on the market this summer?

Ah, the iPad Air. It made critics’ jaws drop when it first came out, flaunting impeccable Apple design and seamless functionality. Most people would argue that it was the iPad that got us hooked on tablets and why not? While it is a slightly more expensive option, when compared with other tablets, the iPad offers a whole slew of amazing features: it works fast, and looks good too. So if you’re looking for something classic, and don’t mind spending a little, then the iPad Air 2 is the perfect choice for you.

The latest generation of the Google Nexus tablet, the 9 is a more affordable alternative when compared with Apple’s iPad Air 2. Since updates with Android 5.0 Lollipop have gone out, it’s safe to say that in terms of software the Nexus 9 is in good condition. There have been some minor complaints when it comes to hardware, however considering the price, the Nexus is a fine option for anyone who is looking for a more affordable, and yet well functioning tablet.

Perhaps less well known, the Sony Xperia Z2 has been growing in popularity. This gadget comes with access to many Sony features like Playstation platforms, music, movies and more. The Xperia is not as expensive as the iPad Air 2, and not quite as tech savvy as the Nexus 9. However, the tablet is super thin and light and has a UI that’s wonderfully easy to use.

Another Sony tablet that’s made the list, the Sony Xperia Z3 in many ways is better than the Z2. This tablet is perfect for playing games or watching videos. It’s also waterproof which is a major plus. Some critics have noted that the Z3 doesn’t have great screen resolution, and thus is a bit pricey compared with other tablets of equal calibre. So if what you want most from your tablet is great functionality over advanced hardware, then the Z3 could be a great choice for you.

Samsung’s Galaxy Tab S hasn’t been the most popular of tablets, but that’s too bad because it really is a great product. The device’s earlier generations were accused of being weak in terms of hardware and design, but the Galaxy Tab S is not only smaller, but a thing that is more than easy on the eyes. What’s also great about this tablet is that it offers a very large variety of features and apps, and in terms of cost, it competes quite well with other models.

About the Author
Lilit Markosian

Lilit Markosian: Born and raised in the San Francisco Bay Area, Lilit is a young content writer currently living in the tiny Caucasus capital of Yerevan. Besides freelancing for tech and marketing firms, she is an avid painter and lover of strange and absurd books.