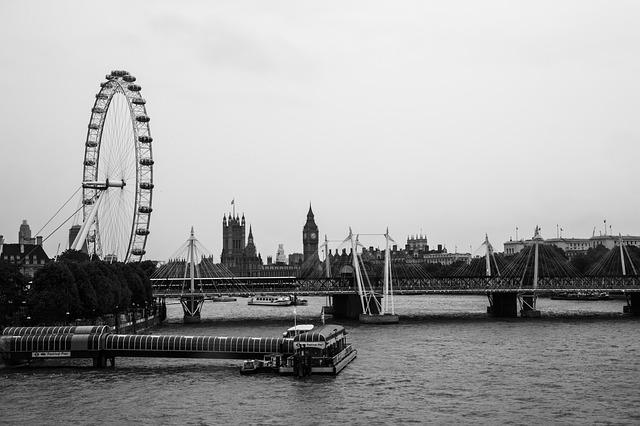 When it comes to visiting London’s West End a lot of emphasis is put on the success of musicals and sometimes the plays are ignored. But tourists coming to London on a theatre break are also attracted by London Theatreland’s rich cultural offerings of Coward and Christie, Shakespeare and Stoppard just as much as they are by the glitz and glamour of the big musicals.

Now, I love a good musical, but I also get the same buzz of excitement from going to see a good thought- or laughter- provoking play. So here are my top 5 not to miss if you are visiting London on a weekend break.

1. A truly great play (which is also a great book and a good-ish film) is War Horse which is now playing to packed houses at the New London Theatre. It hails from the National Theatre and has won multiple awards. It tells the heart-breaking story of a young lad called Albert and his horse that are separated when the horse is purchased by the army to be used on the front line in France during World War One. Told through the eyes and ears of Albert’s horse, Joey, War Horse is a compelling tale of an enduring and loving friendship, which night after nights never fails to move the audience.

2. The Curious Incident of the Dog in the Night-time enjoyed a successful run at the National Theatre before transferring to the Apollo Theatre.  At the end of 2013 it was forced to close when part of the Apollo theatre ceiling collapsed but the show will re-open in June 2014 at the Garrick Theatre on Charing Cross Road. The story follows 15-year old autistic Christopher who finds his neighbour’s dog dead in the garden one night and sets out as detective to find out who dunnit! The amazing performance of actor Mike Noble as Christopher, together with state of the art staging and a strong ensemble cast makes this my top play in London at the moment.

3. Comedy One Man, Two Guvnors now playing at the Theatre Royal Haymarket will have the tears streaming down your face. The perfectly judged slap-stick and physical comedy that is used to bring this adaptation of the Italian farce A Servant of Two Masters up to date, to the delight of London audiences, has been served up courtesy of the excellent acting skills of a variety of stars (including James Cordon and Rufus Hound) who have appeared in the show. The forever-hungry Francis Henshall finds himself in the employ of two rival bosses – whom he must keep apart at all costs.

4. The Woman in Black has been playing at the Fortune theatre, London since ‘89 and is the second longest running non-musical production in Theatreland. This clever adaptation of Susan Hill’s dark novel features two actors who act a play within a play telling the terrifying story of a heart-broken mother who loses her young son in a tragic accident and years later continues to haunt all who set foot on the family estate where her son died. The remarkable thing about Woman in Black is the theatrical simplicity in which the piece is presented to the audience but the astounding effect it still manages to have on every member of the audience, night after night. Another truly stunning piece of theatre!

5. And finally the longest-running play with London’s best kept secret is, of course, Dame Agatha Christie’s The Mousetrap: the mother of all “who-dunnits”. It has been performing to full-houses since 1952 and every night, at the end of the show, a cast member will step forward and make sure that the audience is sworn to total secrecy and, even though it’s been around for over 60 years, people who haven’t seen it genuinely have no idea who really is the murderer and there are many, many suspects so if you think you do know: think again

In 2014, for the first time ever, The Mousetrap will go on tour around the UK. But if you want to see the one true original, make sure you come to the St Martin’s Theatre, London

Of course new productions open all the time and the competition is such that each one has to be of exceptionally high quality. The longevity of all of the plays in my top 5 gives testament to their great quality and universal appeal.

So whatever you plan to see the next time you visit London, I am sure you will enjoy it.