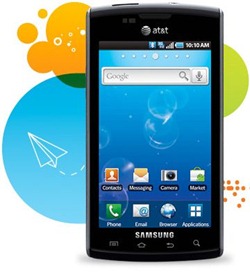 AT&T unveiled its plan to boost innovation and collaboration with mobile developers with a new API platform at its recent AT&T Developer Summit. According to David Christopher, Chief Marketing Officer, AT&T Mobility and Consumer Markets, “Applications are the one of primary reasons that makes people buy smartphones and tablets”. Focusing on such initiative, we need to have the world’s greatest apps, need to run on our own network.

Outline below the series of Developer Initiatives (taken at AT&T Developer Summit):

• AT&T support for the development of HTML5 mobile apps with “add-that-to-my-bill” technology that will make it easy for developers to monetize their applications through the AT&T bill.

• AT&T plans to introduce a new AT&T App Store in HTML5 with a fresh format that will benefit developers and customers – underscoring AT&T’s commitment to HTML5 technology.

AT&T Inc. is an American multinational telecommunications corporation headqua
rtered in Whitacre Tower, Dallas, Texas, United States. It is the second largest provider of mobile telephony and fixed telephony in the United States, and is also a provider of broadband and subscription television services.