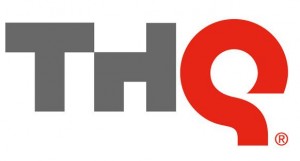 THQ has announced its first quarter 2013 results with Net Sales – GAAP of $133.7 million, Net Sales – Non-GAAP of $38.5 million. The first of its fiscal 2013, posting $15.4 million in net income on sales of $133.7 million. During the fiscal first quarter, the company recorded approximately $4.5 million in non-GAAP business realignment expenses, which include cash costs of approximately $0.7 million related to severance and other employee-related costs, and non-cash impairment charges of approximately $4.3 million related to decisions made to cancel or reconfigure titles.

“We have made significant progress reshaping the company. With the changes implemented over the last several months, we are in a much better position today to deliver on our pipeline of games, beginning with Darksiders® II, which launches next week in North America,” said THQ Chairman and CEO Brian Farrell.

These four games exist in addition to titles that are known to be in development at THQ’s internal studios: