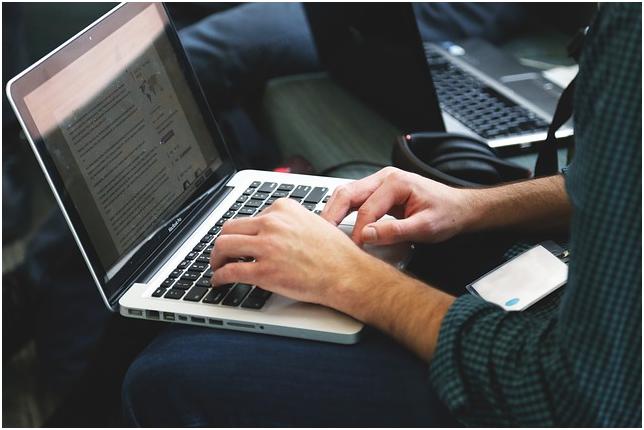 With all the advances in mobile technology and communication over the past decade, you’d think we would be in an era of homeworking by now, with the office a kind of legacy space only frequented for the most important meetings and for the occasional day here and there as a change of scene.

While that hasn’t happened (yet), more and more people are working from home. In the UK, the BBC reported that record numbers of people were working from home in 2014, while in the US, Forbes reported a year earlier that 1 in 5 US workers uses the home as the office.

All of which is to say that while the number of homeworkers is still a minority, it’s a sizeable minority and one whose needs shouldn’t be ignored – especially given that today’s homeworkers are very likely the pioneers of a near-future working mode: one that will eventually be the norm for most of us.

Working from home can be extremely convenient – especially if you have other commitments such as children who need dropped off at school nearby every morning, or if you have pets that need attention during the day. It’s also convenient from a travel point of view, of course. There’s nothing quite like a 30 second commute. Then there’s the productivity aspect – how great it is to be able to concentrate fully, and not be engaged in distracting conversations on the way to or from the water cooler! You’ll be spending next to nothing on your daily commute and lunch too – and with almost half of small business owners worrying about cash flow, it’s good to know that home working can actually save you money.

That’s not to say that homeworking isn’t without drawbacks. Being cooped up in the same space all day means there’s less of a line between the working day and the leisure part of the day afterwards. And when this line is blurry it’s all too easy to watch the hours fly past, right into a part of the day when office-bound workers have left their desks and are on the way home or at the gym. And homeworking can also feel lonely, too – maybe getting interrupted at the watercooler wasn’t so bad after all (at least from a social perspective?).

In short, working from home is of course neither heaven nor hell, but there are a good many things we can do to tip the balance as far away as possible from the latter.

Many articles on homeworking all say similar things – so there’s no need to go into any detail here, as most of it should already be familiar. Yes, you need to come up for air every now and then – even if it’s just to go out into the back garden and collect your thoughts for fifteen minutes.  Yes, you need to separate your office space from your living space. And so on. But there are still a fair few areas that I’ve not seen covered in many homeworking articles, so I have outlined a few of the ones I find most valuable to think about below.

One of the most important homeworking tips I have learned for myself is this: read up and retro-engineer. By which I mean, read up all you can on stress management, delegation, prioritisation, and so on – then reframe that advice to suit your homeworking status. An example – imagine you ignored the accepted workplace wisdom of keeping a tidy desk and prioritising your time. Pretty soon your co-workers or indeed your boss would lean in and ask what was going on. At home, there is no peer group or supervisory structure in place to alert you to any behaviours that may be on the slip. Now, I’m not saying that you (or I, for that matter) would let things slip – but I am saying that an added layer of discipline also helps. Taking the workplace wisdom books and applying their rules and axioms to working life is useful – and in a homeworking setting, I find that it’s best to apply them with an almost military zeal.

The second valuable tip I have learned for myself is to devise a kind of psychological barometer. You can do this by noting down your moods at certain times of day, and at certain times during the working week, month, or year. Are you super-productive at 10am and slightly lethargic at 4pm? Is Monday an especial grind? By knowing the ebb and flow of your moods as well as your productive cycles, you can then start to order your daily schedule around them. And if there are things you NEVER feel like doing, then you can set rigid times for these to be done, and eventually just by ingrained habit you will do them, and not procrastinate. You have the freedom to choose when you work!

Another valuable tactic for homeworking relates to the psychological barometer I mention above, and that is what I call the motivation engine. This is the part of us that drives everything forward. Sadly it’s all too often powered by harsh roof-over-head realities like making sure there’s money to pay bills and rent/mortgage. But it’s also imperative to actively go about adding positive, life-affirming motivations too. So oil your motivation engine actively every day. As a homeworker you may sometimes feel slightly adrift – this is natural. By touching base with your positive motivations you can start to feel less adrift immediately – your motivations help you see the shoreline, the place where all your hard work leads. How you do this is of course going to be down to your own preferences and interests in life. Examples of different ways I oil the motivation engine include:

It can be easy to fall into bad habits when you’re working from home, but once you’ve figured out a routine that works for you, you’ll be set to succeed.