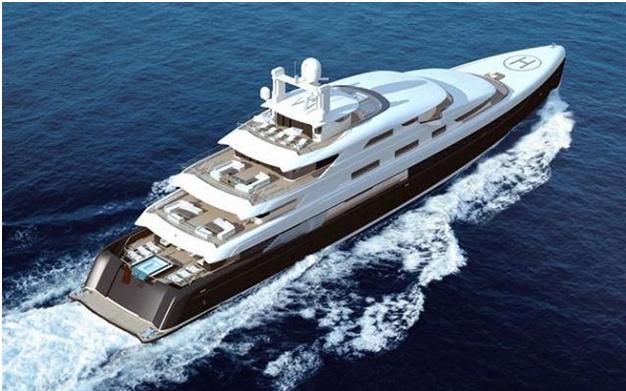 The superyacht is the ultimate in high-end luxury. It’s a status symbol for the super rich and a true indulgence. There is nothing more refined and exclusive than setting sail on a multi-million dollar yacht. Many of the boats on this list are owned by the wealthiest individuals on the planet. The yachts are play toys for billionaire tycoons and entrepreneurs.

For a more modest sum, mere mortals can charter or rent these yachts (or a room on one) for a small fortune. With sums running into the tens of thousands for a single night aboard one, it’s still the preserve of the 1%.

The superyacht is the symbol of envy and intrigue. We’re all desperate to know what it’s like onboard, with a team of staff often outnumbering the guests. Every modern technology is included, and every indulgence catered for. Whether it’s Michelin starred restaurants, watersports or exclusive entertainment, these yachts have it all. Boat Angel tipped us off on some of the finest yachts on the ocean waves, and today, we bring you the best.

This list featured a variety of old and new. We’ll look at elegant classic boats with stunning original features. We’ll also explore the modern beauties of the sea with every conceivable modern luxury. After researching some of the finest yachts in the world, we decided there was only one place to start:

This superyacht isn’t actually built yet, but it’s worth including. Once completed, it will be the biggest and most expensive yacht on the planet. At a cost of $1 billion, the boat will break records at a length of 222m. Yes, that’s longer than the average cruise ship. The owner is still a carefully guarded secret, but it’s safe to say that they are one of the richest people in the world. The Triple Deuce is built to eclipse the existing record for biggest yacht and designed purely for bragging rights! We’ll see the true glory of this ship when it is finally completed.

Currently, the Malton Falcon is among the most prestigious superyachts on earth. It’s over 100m long, making it one of the biggest, yet it is also refined and luxurious. It features an additional submarine (that looks like a shark) and three additional sailing boats. It is available as private charter with rooms costing tens of thousands per night. Could this be the ultimate dream vacation? We think so.

The Hamilton 2 is one of the newest superyachts on this list. It is sleek and modern, though significantly smaller than most of the others here. With its small size comes one major benefit: added speed! It’s the fastest yacht here by a long way, making it the perfect for luxury thrill-seekers and adventurists. The traditional sail design allows it to carve through the waves at high speeds with agility. It still manages to squeeze in every luxurious touch you could ask for.

This ultra modern yacht has caused controversy among boating purists. The odd design is typified by the huge glass windows that adorn both sides of the yacht. It is sleek, modern, and strangely tall. The masterpiece within the 40 Signature Series is the magnificent glass staircase that runs through the middle of the boat.

Talitha G is nearly 100 years old with classic, historical features. Not only that, but the boat was an active force during the Pearl Harbour attacks where it hosted a crew of 100 naval recruits. Once an armoured boat, Talitha G is now a leisurely cruiser with sublime finishing. Here, a crew of 18 look after just 12 guests. The yacht boasts a Michelin starred chef with exquisite dining. There is also an outdoor cinema for guests to enjoy classic films under the stars.

Candyscape is another small, nimble, and modern yacht. Despite its size, it is perfectly formed and kitted out with every designer touch. Exclusive labels adorn the ship at every corner. From Egyptian cotton sheets to Dolce & Gabana furnishings. Docking at Monaco, the yacht regularly hosts the world’s biggest celebrities and politicians. There is even a circular sun bed that rotates to follow the sun. Pure luxury.

This yacht is the elegant and classic elder statesman. It is a purist’s yacht with timeless features. It comes complete with marble floors, grand pianos, and red carpets. An 18-strong staff cater to their guest’s every need. That’s not to say there isn’t an element of fun here. The Sherakhan is also fitted with trampoline floors!

These superyachts may be out of reach for most of us. But, it’s always exciting to get a glimpse of how the other half live!