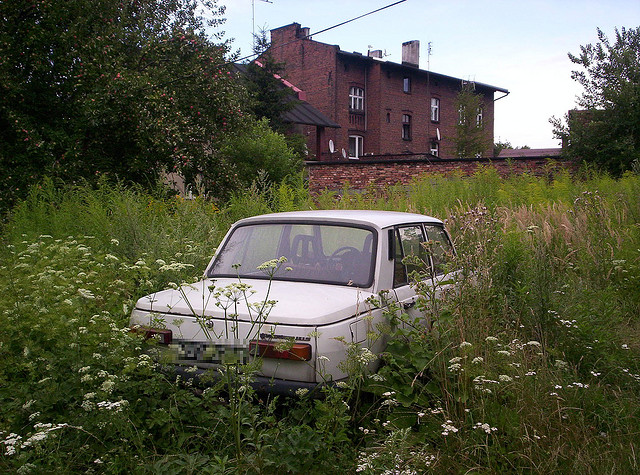 A car is a very important investment, so any time something bad happens to it; it is a big hit on the wallet and on a person’s lifestyle. Luckily, one does not need to be an expert to see the warning signs of specific issues that might come up with the car. Seeing these signs early can save money since the problem could have an affordable solution before the problem balloons into a bigger issue or involves the car in an accident. Here are five things to know when something is wrong with the car.

Exhaust has a specific odor as a result of the internal combustion engine. When a new or uncommon odor is sensed, this can be a sign of an internal issue within the engine. One example of an odor to smell for is a rotten egg smell. A rotten egg smell is the result of hydrogen sulfide, which will be produced when the converter and/or the filtering layers are plugged or need a fix. Another smell to look out for is the actual smell of gasoline. This problem usually arises when the fuel injector is sending too much gasoline into the engine, allowing excess gasoline to come through without combusting. Any smell that is out of the ordinary should reviewed by an expert so they can decide what part of the car engine is not working.

These days, most people are buying the car with the best gas mileage, even knowing their gas mileage off the top of their head. Over time, however, one might notice how the full tank they put in is not providing the full gas mileage they are promised. Many of the problems that could result in poor gas mileage could be systematic issues with the engine. There could be bad filters and fuel injectors, reducing the amount of gas and air needed to combust in the engine. There could also be tire issues. Say a driver drives immense distances across Texas without checking his or her car tires. With that climate and roadways, the tires could lose pressure, meaning the car needs to use more fuel to get it going. That can easily be fixed by restoring the tire pressure of the car tires, Austin professionals also suggest keeping a tire pressure gauge in your car for these situations.

Surprisingly, one stalling incident will not be the end of the world. Indeed, stalling is far less of an issue than complete engine failure. But, engine failure could follow if one does not take care of the stalling issue. There are some reasons why a car could be stalling. One is computer-electrical based where the engine computer is misreading electrical signals due to sensors being unplugged or damaged. Another reason could be the engine vacuum is damaged, causing air pressure fluctuations in the internal engine. Finally, there could be leaks with the gas or air lines, causing the car to slow down or stop. One stall is enough to bring the car immediately to an expert; do not sit on the problem.

The worst event is when one tries to turn on the car and nothing, absolutely nothing happens. However, one ways to know if that is about to happen is when the engine is having a hard start: a very apparent difficulty when starting. One thing to consider is if the car is turning over, or its making that clicking noise that turns on the engine, then the battery, starter line from the key, and the alternator are probably not the problem. However, the hard start could mean various mechanical parts in the engine, like the spark plug or the fuel pump is not working. An alarming rough start is one variable to consider a trip to a shop.

When the car engine revs up, there is a sudden knocking noise coming from the engine. This is most likely a mechanical issue within the engine. One of the engine issues could be low oil pressure, which would result from bad or old oil. Another mechanical issue could be if the rod bearings are getting loose, which is a sign the bearings will completely fail. As soon as knocking is heard, try to have the car looked at immediately, otherwise very bad engine problems can arise.

Cars will give warning signals to their drivers if the driver is paying attention. Pay close attention to small issues when they arise and the solution to the car problem could be inexpensive or affordable before it turns into a catastrophe.

About the Author
Brionna Kennedy

Brionna Kennedy is native to the Pacific Northwest, growing up in Washington, then moving down to Oregon for college. She enjoys writing on fashion and business, but any subject will do, she loves to learn about new topics. When she isn't writing, she lives for the outdoors. Oregon has been the perfect setting to indulge her love of kayaking, rock climbing, and hiking.