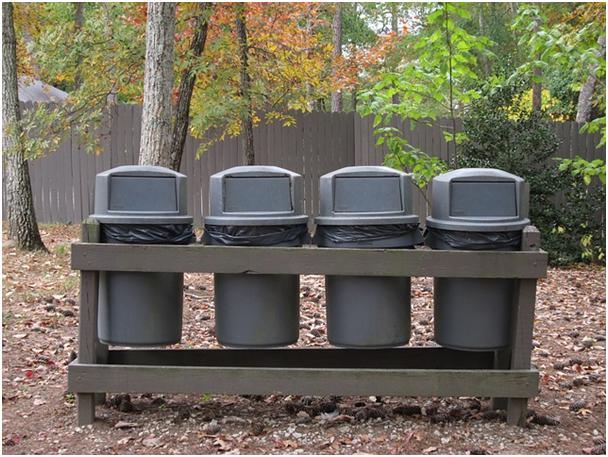 The world population is now well past 7 billion people and is estimated to grow even more in the near future. And as you can probably tell, these 7 billion humans generate tons of trash. This is a big problem because there are tons of landfills and garbage patches in the ocean that are created when this trash is thrown out. However, there is some good news in all of this! Thanks to incredible innovative technologies, more people are coming up with ideas to get rid of this trash or at least to decrease garbage rates.

We’re going to go through some of these technologies down below. Keep reading to learn more and see how the world of garbage could change dramatically in the next couple of decades.

In the past couple of years, there has been more and more implementation of RFID technology in the waste management industry. This basically gives the industry extremely up-to-date information regarding waste pickup and how its collected. If there were RFID tags on each trashcan in a city and RFID readers on pickup trucks, waste management companies and city councils could know exactly where and when pickup was happening. It basically shows a pickup truck’s route and where trash has not been picked up yet. Cities and companies would also be able to tell which households are recycling the most and see where recycling awareness programs are working.

All of this big data would mean that waste management would become a very much more efficient business.

Pay as You Throw

Another great way that technology is changing the world of waste is by a method called “Pay as you Throw”. With the technology of RFID tags (mentioned above), pickup trucks could actually weigh the individual trash bags from each household as they are thrown into the waste truck. Then, based on a pre-determined calculation, these households would be charged over a certain allowed limit of trash. This would help to ensure that households work to minimize their waste so that they don’t have to overpay. They might even start throwing more bio waste into food garbage disposers, like those by Down the Sink. This is easier to do in suburban neighborhoods because the houses are spaced out enough to tell where trash is coming from.

Another method by which technology is improving waste management is in the world of recycling. Whenever you’re out in a park and drinking something out of a plastic or glass bottle, it can be pretty annoying to find a recycling bin to throw it away in. A lot of people will just end up throwing it in a trash can because it’s more convenient.

Well, with tracking technology, companies and cities will be able to tell exactly how many plastic bottles have been thrown into recycling bins and how many were thrown into trashcans. If there were tons of recyclable material thrown into a trash can at a certain area of a park, then a recycling bin could be added there to improve the recycling rates.

Many times, trash can be easily converted into energy that can be utilized for other purposes. With the use of something called gasification, more and more companies are working towards converting trash into useable biofuels. This could help to hurry the replacement of fossil fuels in our society and provide an actual use for the trash that us seven billion humans are producing.

And there you have it! Technology is absolutely transforming the face of the waste management industry. Which of these points seemed most interesting to you? Most, if not all of them, will be coming to fruition in the coming years, so be sure to watch out for them in your community.