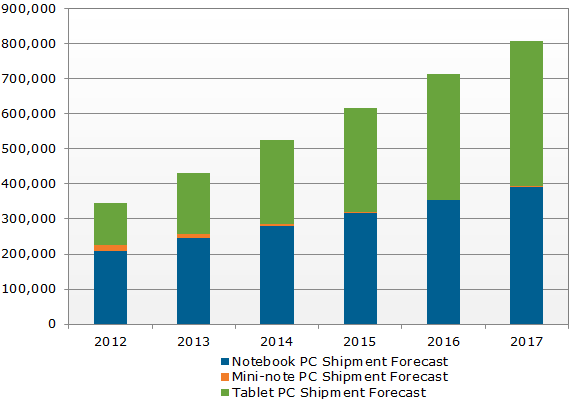 “Consumer preference for mobile computing devices is shifting from notebook to tablet PCs, particularly in mature markets,” said Richard Shim, senior analyst at NPD DisplaySearch. “While the lines between tablet and notebook PCs are blurring, we expect mature markets to be the primary regions for tablet PC adoption. New entrants are tending to launch their initial products in mature markets. Services and infrastructure needed to create compelling new usage models are often better established in mature markets.” 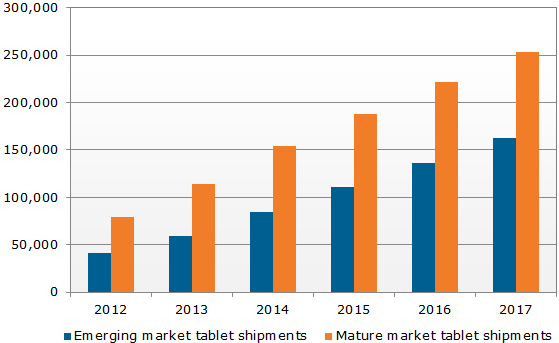 Mature markets, including North America, Japan and Western Europe account for 66% of shipments in 2012 and remain in the 60% range throughout the forecast period while Tablet PC shipments will grow from 80 million units in 2012 to 254 million units by 2017. The notebook PC market will remain the largest part of the mobile PC market during the forecast period, accounting for 60% of mobile PC shipments in 2012, declining to 49% by 2017.