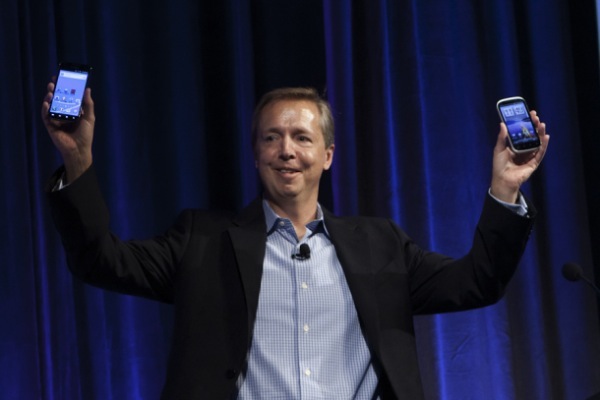 Dow Jones reports – via The Wall Street Journal – that T-Mobile USA’s chief marketing officer Cole Brodman will leave the position by the end of this month. Brodman who held several posts over a 17-year career with T-Mobile will continue working as a strategic adviser. “It’s a retirement from T-Mobile,” said Brodman, 46, in an interview. “It’s an opportunity to step away, get a break and start to think about how I want to do something next.” He said he hadn’t yet determined what his next job would be.

Brodman said T-Mobile would increase its media spending this year and would work to ensure that the company has strong-selling handsets that aren’t the iPhone. He said an upgrade this year of T-Mobile’s network to one more closely resembling AT&T’s would also help reel in existing iPhone users drawn to T-Mobile’s service plans.

“We’ll become a great home for a lot of customers,” said Brodman. “You’ll see us being aggressive in the second half of the year talking about that capability.” He said he would like to offer the iPhone–which carries some of the industry’s heftiest subsidies–but T-Mobile hadn’t yet been able to reach an agreement with Apple that made financial sense.

“The management team will not mortgage the future of the business for a bad economic deal,” he said. In his letter to workers, Humm said Brodman helped to usher in T-Mobile’s first smartphone and led the launch of the carrier’s network in Hawaii. “While I hate to see Cole leave, I have to respect his decision,” Humm said. Brodman will be replaced on an interim basis by Andrew Sherrard, while the company looks for a permanent replacement, according to the letter.