According to Stephanie Englander of Bridgewater University study (PDF) for the Massachusetts Aggression Reduction Center, 83 percent of middle schoolers, 39 percent of fifth-graders, and 20 percent of third-graders in US have a mobile device. Her research consisted of interviews with 20,766 Massachusetts students, in third through twelfth grades, with the goal of seeing whether readily available technology plays a role in cyberbullying. “Education on cyberbullying and cyber-behaviors needs to begin well before Middle School,” Englander recommends in the study. “Children are all online by third grade and over 20 percent report experiencing problems with peers online.” 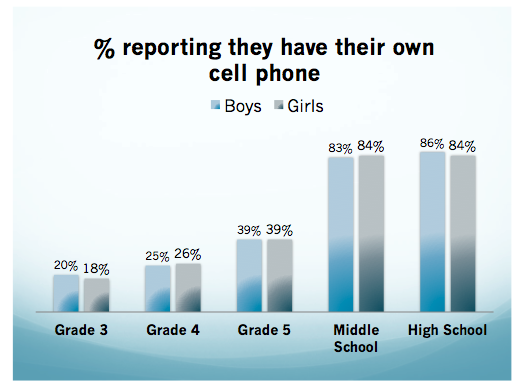 Other findings in the study: