TRENDING
Navigate
Categorized as
1857
Tagged as
2020Near Field CommunicationNFCPayment
Related 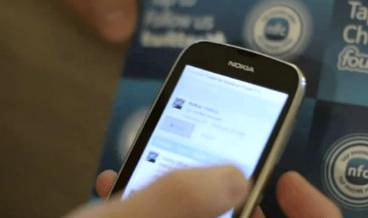 According to a survey released Tuesday by the Pew Internet (via PC World) in collaboration with American Life Project and Elon University’s School of Communications, more than two-thirds of technology insiders believe that paying with smartphones will overtake cash and credit card payments by 2020. The survey asked about just over 1,000 technology experts and stakeholders who either agree or disagree on what the future holds for the NFC. The results said: Sixty-five percent of the respondents agreed that NFC would be widespread by 2020.

An analyst with Altimeter Group, Chris Silva said that “NFC is going to play a much more prominent role, a major role in m-commerce,” or mobile commerce. “The race is sort of on and the field is getting a lot thicker in terms of the number of people who want to get their chunk of the transaction,” said Silva, referring to the cut of each transaction that financial processors take.