According to the latest research by the Strategic Analytics, the global smartphone shipments grew 38 percent annually to reach 217 million units in the fourth quarter of 2012 while Android and Apple iOS together accounted for a record 92 percent share of all smartphones shipped worldwide. Global shipment growth slowed from 64 percent in 2011 to 43 percent in 2012 as penetration of smartphones began to mature in developed regions including North America and Western Europe.

Comparing with two hot favorites, 152.1 million Android smartphones were shipped globally in Q4 2012, which is double from 80.6 million units in Q4 2011 while Apple grew 29 percent annually and shipped 47.8 million smartphones worldwide for 22 percent marketshare in Q4 2012, sliding down from 24 percent a year earlier. 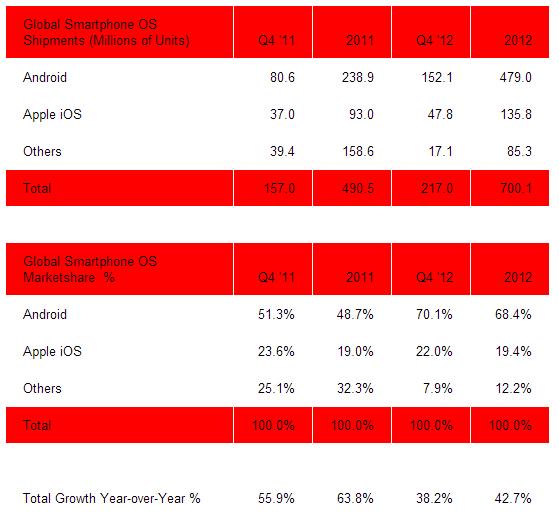