According to new data shared by Strategic Analytics, there will be 1.6 billion LTE connections worldwide by 2017, an 18% of the total market with generating more than 40% of service revenues. There growth predicted mainly because of strong LTE smartphone adoption in Japan, South Korea and the US showing the path forward for many operators. 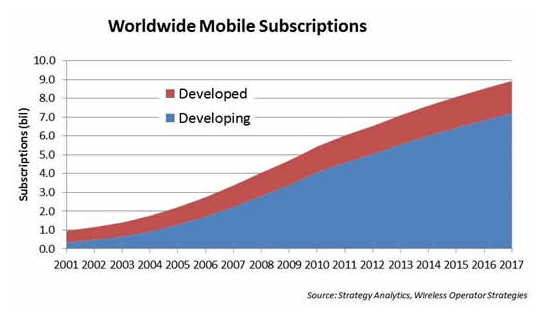 Further, thanks to both developed and emerging markets which are making a huge contribution resulting in significant growth potential. On Concluding in pointing out that the mobile subscriptions are growing at much faster rate than the global population with strong predictions that by 2014, there will be more mobile users then the population.