Splunk, an enterprise data software company has filed for $125 million IPO on January 12. San Francisco based Splunk offers businesses software used to report, monitor and analyze the machine data produced by the applications, systems and infrastructure that runs a business.

The company’s focus is to make machine data accessible, usable and valuable to everyone. The system captures indexes and correlates real-time data in a searchable repository from which it can generate graphs, reports, alerts and dashboards. Splunk offers free and enterprise level products. Its free software is intended for individuals, while the enterprise offering is meant for multiple users. The software’s data analyses is intended to improve service levels, reduce IT operations costs and beef up security. 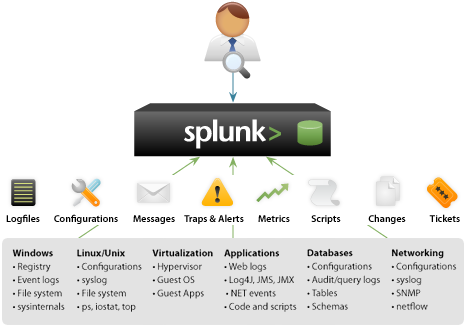 The company had revenues of $18.2 million, $35 million and $66.2 million in 2009, 2010 and 2011. During those years, the company’s net loss was $14.8 million, $7.5 million and $3.8 million. Essentially, the company keeps losing less money each year, but it’s still unprofitable overall. Splunk intends to file under the symbol “SPLK.” If approved, it will most likely be listed on the NASDAQ stock exchange.