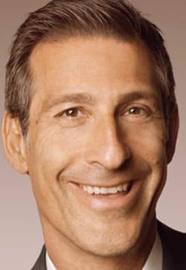 “I have known both Michael and Nicole for many years and they will do an excellent job at Sony Corporation of America,” said Mr. Hirai. “They will be key members of my management team as we build on the progress made under the leadership of Sir Howard and fulfill Sony’s destiny as the company best able to make and deliver the kind of entertainment, products and services people want.”

“I am grateful to Sir Howard and Kaz for this opportunity to work with Nicole, Doug, Marty and Amy in leading Sony’s entertainment businesses,” said Mr. Lynton. “While the studio and the music companies are doing well, this remains an era of great change and challenge, and so I know we will work more closely than ever with Sony’s electronics and network businesses to bring the best possible entertainment experiences to people everywhere.”

“Working with Sir Howard throughout this past decade has been a highlight of my career, and I am thrilled to have the chance to work closely with Michael in leading Sony Corporation of America,” said Ms. Seligman. “Michael, Amy, Doug and Marty are the best entertainment executives in the business, and together with them, we all look forward to joining Kaz in putting Sony on the path to ever greater success.”