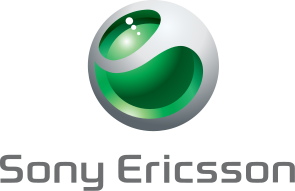 Sony Ericsson this morning reports that its pre-tax loss of 247 million euros ($318 million) in the 2011 Q4, after reporting a profit of 31 million euros in 2011 Q3. The company is a 50-50 percent joint-venture between Sony and Ericsson.

The company blames the loss is due to the unfavourable macroeconomic conditions and effects from the flooding in Thailand. The Q4 loss reflects intense competition, price erosion and restructuring charges.

Bert Nordberg, President and CEO of Sony Ericsson commented: “Our fourth quarter results reflected intense competition, unfavorable macroeconomic conditions and the effects of a natural disaster in Thailand this quarter. We are aligning our business to drive profitability and to meet customer needs. In spite of these challenges, throughout 2011 we’ve shifted our business from feature phones to smartphones, and our Android-based smartphone sales in the quarter increased by 65% year-on-year. The Xperia portfolio, including the recently announced Xperia NXT series, will serve as a cornerstone of our smartphone lineup in 2012.”

The company claimed that is has shipped 28 million Xperia smartphones to date and 65% year-on-year increase in Android-based XperiaTM smartphone quarterly sales. Sony Ericsson’s huge loss in Q4 2011 will impact Ericsson’s operating income with SEK -1.1 b. (125 million euros) in the quarter, company said this morning.