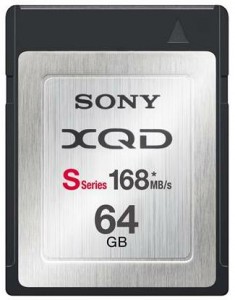 Sony has announced a new next-generation of XQD memory cards. The card comes as QD-S32 (32GB), QD-S64 (64GB). The company said that the new XQD memory cards speed takes just 3.8 minutes to 32GB of data total which can be transferred to a PC via high speed, and adding pairing of a new S Series card with Nikon’s high-end camera will let it to capture a non-stop burst of 108 RAW frames.