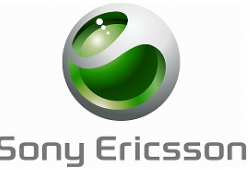 Sony announced that it is adding the Russia’s GLONASS positioning system, in its upcoming Xperia S and Xperia Ion Android handsets.

GLONASS is a Russian radio-based satellite navigation system that both components and provides as an alternative option for GPS. GLONASS is fully supported in Xperia S and Xperia Ion and any Xperia device with a Qualcomm Snapdragon S2 or S3 processor and the latest software is capable of supporting GLONASS.

The GLONASS enhancement is transparent in nature and backwards compatible with the existing applications. Sony Ericsson Positioning Specialist Magnus Persson says it’s all about improving accuracy and precision. The additional location data offered by Russia’s 24 satellites prove a nice complement to the US GPS system, providing extra resources in areas that tend to experience tracking interference due to large buildings and other environmental factors.

Sony partnered with Qualcomm to test the technology in San Francisco, finding that with Glonass and GPS combined, accuracy improvements of up to 50 precent could be seen. Better still, Persson claims that Glonass is only active in “problematic locations,” remaining unused (and conserving battery life) in areas with adequate GPS reception.