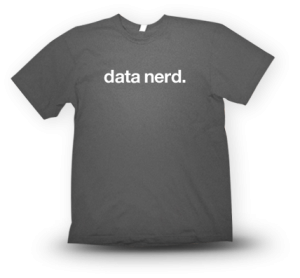 Patrick Moran of New Relic put it up an interesting perspective stating that software developers are today’s new economic elite. Moran believes that the today’s economies lies primarily in the hands of what he proudly calls as “the nerds”. He adds, “those nerds that code. And this is a good thing. They are smart. There has never been a better time to be a nerdpreneur.”

“Today, companies can’t even succeed without a data API for hackers. Ask Box.net. Ask Salesforce. Ask any relevant software company. Social. Mobile. Global. Big Data. APIs. These software strategies are more critical than ever before. This isn’t temporary. This is the future. More and more (and more) businesses will be going public and/or profiting on the creative leadership of innovative developers.”

Patrick’s company, New Relic, posts a video that pays homage to developers in the style of the famous Apple “Think Different” commercial:

“Here’s to the developers, the geeks, the nerds, the hackers. The ones who see things differently. And they’re not fond of rules and they have no respect for the status quo.

They work nights. They start companies. They sit alone with their headphones because they’re busy changing the world. They invent. They code. They explore. They inspire. They push the Internet forward.

Maybe they have to be crazy. How else can you stare at an empty screen, and see a work of art? Or gaze at a thousand lines of code and see the future?  …

While some may see them as geeks, we see genius. For the ones that make magic with code are the ones who will one day rule the world.”