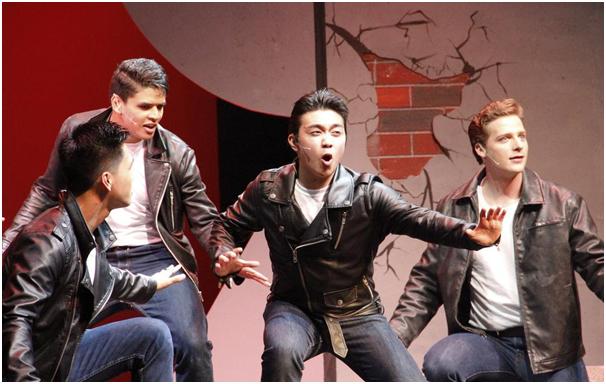 There’s no easy path into acting. Some get lucky and get their break early. For most people, it takes years to finally make that break and turn acting into a full-time profession. Here are some tips to help make your shot at an acting career a success.

The beginning is very much a learning process. You need to gain an understanding of not just how to act but how to negotiate the complex acting industry. The most popular option is to go to drama school. Sites such as ReadCollege.org offer advice on choosing and applying to a drama school. Higher education isn’t the only option – you may be able to learn the ropes simply by heavily getting involved in local productions and getting tips from senior actors. There are also plenty of books, blogs and vlogs to help you understand the industry.

Involve yourself in local theatre

Local theatre may not be Hollywood or the Broadway stage, but it’s where all actors start. Start by joining small societies and then work your way up to bigger opportunities. Sites such as AuditionsHQ.com can show you auditions in your area. Try getting involved in these performances and see how your career progresses.

All actors dread the audition. It’s the job interview of the acting world. Many actors face rejection in the beginning – it may take several auditions before you’re finally picked for a role. Learning to audition is different to learning to act, so it can be worthwhile considering a casting session. You should also take on feedback when given, as well as getting peers to give you advice. Eventually auditioning will start to come more naturally.

Knowing the right people could help you to get your foot in the door. Join up acting societies and get involved in drama-related groups. Watch other theatre productions and talk to the cast afterwards. Make yourself known in your local acting community and branch out from there.

The internet has also opened up new opportunities for self-promotion. Get involved with social media and promote yourself in any which way you can. You could even start up a vlog on YouTube giving advice to fellow actors or even acting out your own creative content. The likes of LinkedIn.com meanwhile is great for networking and for creating a portfolio of all the previous work that you’ve done.

It’s important to stay positive when pursuing an acting career. Every aspiring actor faces rejection – don’t let this dishearten you. It’s important to financially support yourself in the beginning by taking up another job. However, don’t let this job sidetrack you into taking on a career that you don’t want. If you’re not involved in any productions or projects, make sure that you’re keeping connected with those in the acting industry. Surround yourself with supportive people that will keep you focused on your goals as an actor. Eventually you will get that break that you’ve been after.