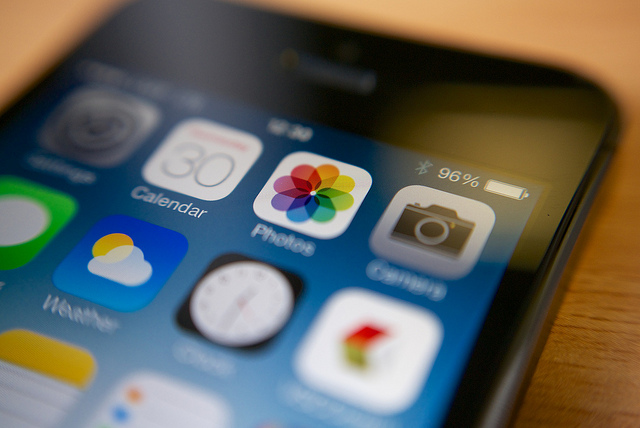 A mobile phone has become a necessity, rather than a commodity. Nowadays, if you don`t have a mobile phone (smartphone), you are missing out on a lot of things, since life is simply easier with them. The sole fact that you can go online from each and every corner of the globe is marvelous enough (we won`t even speak of various apps and other options like a camera or a digital calendar). These devices are certainly a first step towards a better and easier future. When it comes to business, a smartphone is a must, just like a suit. And, of course, there are some models that are better suited for a business person than others. Here are some examples:

One of the biggest problems people have with this new generation of mobile phones is battery life. A lot of functions and features (like a big touch-screen, various apps and so on) tend to use up a lot of energy and most find themselves in a situation similar to this one – you are supposed to receive an important business call and, while you are commuting, your phone dies. You get home, connect it to the charger, realize that you missed the call and, before you know it, you are getting yelled at by your boss because you lost your client.

This Motorola model`s best feature is exactly that – battery life. Even if you forget to plug it to the charger when you go to sleep, the next day, it will still be active. Apart from having one of the largest batteries when it comes to smartphones, the phone`s energy consumption mechanism is exquisite.

If there is one company that is progressing constantly only due to the fact that they simply do their business properly – it`s Google. Even the previous version (the Nexus 4) was a major success, and this one is only better.

This exceptional piece of machinery has a quad-core processor, which makes it better than most PC`s and laptops. With such a fast computing speed, you could run your entire office from the comfort of your own pocket. Everything will be done fast with no problems whatsoever. And, of course, internet connectivity will not be an issue, since it is Google we are talking about.

When running a huge business, you need a big screen – so that you can follow a lot of things simultaneously. Now, Galaxy Note 2 was huge. The Note 3 is even bigger, and one would think that it would be too big, but the team at Samsung did a very nice job design-wise. It is bigger, but it doesn`t look massive. Actually, it is neat.

Furthermore, this model also has a stable battery. The screen itself does use up a lot of energy, but somehow, the battery stood still at 70% after a 24h test. That is very impressive.

Apple is most certainly a firm that has proven itself to be one of the best when it comes to manufacturing technology that you use on the go. Each and every iPhone has had great reviews and they made a lot of success with this product. And of course, their crown jewel is the iPhone 5S. This phone has an amazing display – it simply cannot be clearer.

An interesting fact is that Apple has released a version of this iPhone in gold. That`s right, it is golden. If having this phone does not state that you are a successful businessman, I don`t know what does. It will go perfectly with a golden watch or a golden necklace and the person carrying it is most certainly high class.

To sum up, no matter what business you are in, make sure you take some time to consider which smartphone you are going to pick since that will be a statement. Also, if you have a lot of coworkers, it can be an excellent move if all of you had the same phone – a company phone, where you are all connected and updated about each other`s tasks. Who knows what the future holds! It`s best to stay up to date!